A monthly conversation about medicine, biology, computers, entrepreneurship, and pizza. Hosted by the Office of Technology Development and the HMS Dept. of Biomedical Informatics. 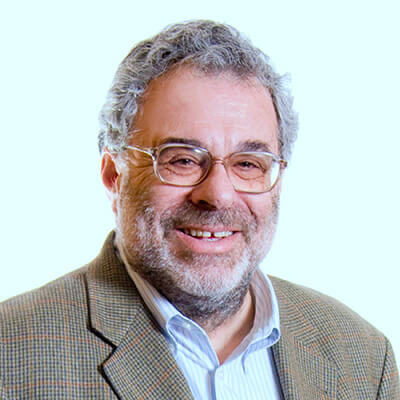 David Botstein is one of the world’s leading geneticists, and is Calico’s chief scientific officer. Dr. Botstein came to Calico from Princeton University, where he was director of the Lewis-Sigler Institute from 2003-2013, and where he remains the Anthony B. Evnin Professor of Genomics. David was educated at Harvard (A.B.) and the University of Michigan (Ph.D.). He taught at MIT (1967-1987); became vice president at Genentech (1987-1990), and then chairman of genetics at Stanford (1990-2003). He was elected to the National Academy of Sciences in 1981 and the Institute of Medicine in 1993. Among his awards are the Eli Lilly Award (1978), the Genetics Society Medal (1988), the American Society for Human Genetics Allen Award (1989), the Rosenstiel Award, 1992, the GruberPrize in Genetics (2003), the Albany Medical Center Prize (2010), the Dan David Prize (2012), and the Breakthrough Prize in Life Sciences (2013).

Botstein contributed to the discovery of transposons in bacteria and an understanding of their physical and genetic properties. He devised genetic methods to study the eukaryotic cytoskeleton in yeast (Saccharomyces cerevisiae), notably general ways of detecting gene interactions. In 1980 he made theoretical contributions to human genetics by suggesting, with collaborators, a way to map human disease genes with DNA polymorphisms called restriction fragment length polymorphisms (RFLPs). This became a cornerstone of the new science of genomics. He later founded the Saccharomyces Genome Database (with J. Michael Cherry) and applied DNA microarray technology (with Patrick O. Brown) to study genome-wide gene expression, notably defining thereby clinically significant subtypes of human tumors. Most recently, he has been devising and using genome-scale methods for studying system-level regulation of gene expression and gene interactions. At Princeton, Botstein established a new introductory science curriculum that combines biology, physics, chemistry, and computer science.