BOSTON--(BUSINESS WIRE)--Allied-Bristol Life Sciences, LLC, a biopharmaceutical enterprise jointly owned by Allied Minds (LSE: ALM) and Bristol-Myers Squibb Company (NYSE: BMY), today announced that it has entered into a licensing agreement with Harvard University based on research and intellectual property developed in Professor Malcolm Whitman’s lab at the Harvard School of Dental Medicine.

Malcolm Whitman, PhD, Professor of Developmental Biology, and Tracy Keller, PhD, an instructor in the Department of Developmental Biology, have identified the mechanism of action behind a known natural product, halofuginone (HF). HF is a chemical compound based on an active ingredient in the root of the blue evergreen hydrangea (Dichroa febrifuga), which has been used in traditional Chinese medicine for centuries.

Building on previous studies conducted with Mark Sundrud, PhD, and Anjana Rao, PhD, at Boston Children’s Hospital, Professor Whitman’s lab, in collaboration with Professor Ralph Mazitschek, PhD, at the Center for Systems Biology at Massachusetts General Hospital, has shown that HF works through inhibition of Prolyl-tRNA synthetase, which leads to activation of an amino acid restriction (AAR) response pathway. Based on this novel and differentiated mechanism, several lead molecules have been identified by the groups at HMS and MGH that have the potential to lead to effective therapy for several conditions including fibrotic and autoimmune diseases.

“Our research is at the right stage for an infusion of resources and expertise to accelerate its progression,” said Dr. Whitman. “We look forward to seeing the development of lead compounds from our laboratories into novel therapeutics for the treatment of fibrotic disease, and potentially other indications.”

“The work done by Whitman and Keller is a terrific example of a promising early-stage therapeutic application that has the potential to make a significant difference to patients,” said Satish Jindal, Chief Executive Officer of ABLS. “We are pleased to support this project through the next phase of drug discovery to identify a candidate for clinical development. This is a great example of the type of university research that ABLS looks for, where our expertise and experience can accelerate bringing new therapies to patients that need them.”

The licensing agreement with Harvard’s Office of Technology Development is among the first in a series of discovery and development projects that Allied-Bristol Life Sciences intends to pursue. The license to the technology from Professor Whitman’s lab will be held by a new ABLS subsidiary specifically formed to pursue further research and pre-clinical development of the technology and associated molecules. 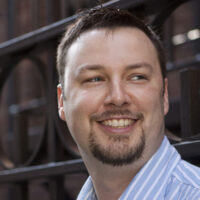