Abstract: A driver for a circuit with a capacitive load, is disclosed, including an input stage, a bi-directional power converter, and a controller to control the driver. The power converter includes an inductive device and two switches configured to receive a DC input voltage vin from the input stage and generate an analog output waveform having an amplitude greater than vin providing an output distortion below 5% without an output low-pass filter.

Abstract: A device and method for hybrid feedback control of a switch-capacitor multi-unit voltage regulator are presented. A multi-unit switched-capacitor (SC) core includes a plurality of SC converter units, each unit with a capacitor and a plurality of switches controllable by a plurality of switching signals. Power switch drivers provide a switching signal to each SC converter unit. A secondary proactive loop circuit includes a feedback control circuit configured to control one or more of the plurality of switches. A comparator is configured to compare the regulator output voltage with a reference voltage and provide a comparator trigger signal. Ripple reduction logic is configured to receive the comparator trigger signal and provide an SC unit allocation signal. A multiplexer is configured to receive a first clock signal, a second clock signal, and the SC unit allocation signal and provide a signal to the power switch drivers.

Abstract: The present invention relates to analogs of cortistatin A, J, K, and L, having the general formula:

Abstract: The present invention is based, in part, on the discovery of monoclonal antibodies that specifically bind to the cytoplasmic domain of PD-L1 antibodies useful for diagnostic, prognostic, and therapeutic applications, as well as immunoglobulins polypeptides, and nucleic acids thereof.

Abstract: Methods and compositions for synthesizing nucleic acid sequences in an emulsion are provided.

Abstract: The present invention contains a printing apparatus and a method, e.g., for ejecting inks (i.e., pure liquids, mixtures, colloids, etc.) for a very broad range of physical properties (such as viscosity). Acoustic forces 3a may be generated by an emitter 1 and a reflector 2 to detach droplets 10 from a nozzle 6. The ink may be advanced through the nozzle 6 by a standard back pressure system 5. A reflectorless chamber 7 may enhance acoustic forces 8a and the droplets 10 may be ejected at a bottom 9 of said chamber 7, so that droplets 10 may be deposited on any substrate 11. 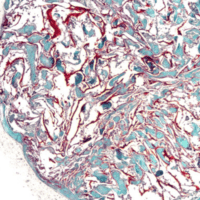