Stably cross-linked a polypeptides related to human MAML are described. These cross-linked polypeptides contain at least two modified amino acids that together form an internal cross-link or tether that can help to stabilize the alpha-helical secondary structure that is thought to be important for binding of MAML peptides to the Notch transcription complex, a complex that includes ICN and CSL.

The present invention generally relates to sub-diffraction limit image resolution and other imaging techniques, including imaging in three dimensions. In one aspect, the invention is directed to determining and/or imaging light from two or more entities separated by a distance less than the diffraction limit of the incident light. In some cases, the position of the entities can be determined in all three spatial dimensions (i.e., in the x, y, and z directions), and in certain cases, the positions in all three dimensions can be determined to an accuracy of less than about 1000 nm. In some cases, the z positions may be determined using one of a variety of techniques that uses intensity information or focal information (e.g., a lack of focus) to determine the z position. Non-limiting examples of such techniques include astigmatism imaging, off-focus imaging, or multi-focal-plane imaging.

The invention provides a composition whose porosity, pore size, pore connectivity, swelling agent concentration, and/or specific volume undergoes a change from a first value to a second value in response to an electromagnetic signal, the composition having a matrix material in which is distributed a magnetic material. 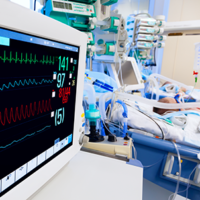