Abstract: Aspects of the disclosure provide fusion proteins that bind cells expressing one or more target molecules including, for example, one or more cell surface multisubunit signaling receptors (e.g., EGFRvIII-expressing cells that also express interferon receptors) and that induce anti-proliferative effects, and related compositions and methods for the treatment of cancer.

Michael Chorev and Jose A. Halperin

Abstract: Engineered nucleases (e.g., zinc finger nucleases (ZFNs), transcriptional activator-like effector nucleases (TALENs), and others) are promising tools for genome manipulation and determining off-target cleavage sites of these enzymes is of great interest. We developed an in vitro selection method that interrogates 1011 DNA sequences for their ability to be cleaved by active, dimeric nucleases, e.g., ZFNs and TALENs. The method revealed hundreds of thousands of DNA sequences, some present in the human genome, that can be cleaved in vitro by two ZFNs, CCR5-224 and VF2468, which target the endogenous human CCR5 and VEGF-A genes, respectively. Our findings establish an energy compensation model of ZFN specificity in which excess binding energy contributes to off-target ZFN cleavage and suggest strategies for the improvement of future nuclease design. It was also observed that TALENs can achieve cleavage specificity similar to or higher than that observed in ZFNs.

Abstract: The present invention comprises compositions, methods and devices for creating an infection-mimicking environment within a polymer scaffold to stimulate antigen-specific dendritic cell activation. Devices of the present invention are used to provide protective immunity to subjects against infection and cancer.

Abstract: The invention provides, inter alia, immunoinhibitory glycosphingolipids and immunoinhibitory alpha-galactosylceramides and compositions and preparations thereof, and methods of use thereof including in the treatment of conditions characterized by increased iNKT cells and/or activity.

Abstract: A gating mechanism that uses a capillary stabilized liquid as a reversible, reconfigurable gate that fills and seals pores in the closed state, and creates a non-fouling, liquid-lined pore in the open state is disclosed. Theoretical modeling and experiments demonstrate that for each transport substance, the gating threshold--the pressure needed to open the pores--can be rationally tuned over a wide pressure range. This enables realizing in one system differential response profiles for a variety of liquids and gases, even letting liquids flow through the pore while preventing gas from escaping. These capabilities allow dynamic modulation of gas-liquid sorting and to separate multi-phase mixtures, with the liquid lining ensuring sustained antifouling behavior. Because the liquid gating strategy enables efficient short-term and long-term operation and can be applied to a variety of pore structures and membrane materials, and to nano, micro as well as macroscale fluid systems, the gating systems is useful in a wide range of applications. 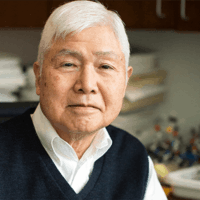