Abstract: The present invention provides novel nickel complexes. These complexes are in providing fluorinating organic compounds. The invention is particularly useful for fluorinating compounds with 18 F for PET imaging.

Abstract: The present invention provides compounds of Formula (I); or a pharmaceutically acceptable form thereof; wherein R1, R2, R3, R6, R7, R12, Ra, and Rb are as defined herein, and G is a group of Formula (a), (b), or (c): Formula (II), wherein X1; X2, X3, X4, X5, X6, X7, Y, RC, Rd, Rz, a, d, e, x, n, and m are as defined herein. The present invention further provides pharmaceutical compositions comprising a compound of Formula (I), kits comprising such compositions, methods of use and treatment, and preparative methods.

Jene A. Golovchenko and Daniel Branton

Abstract: A three-dimensional porous photonic structure, whose internal pore surfaces can be provided with desired surface properties in a spatially selective manner with arbitrary patterns, and methods for making the same are described. When exposed to a fluid (e.g., via immersion or wicking), the fluid can selectively penetrate the regions of the structure with compatible surface properties. Broad applications, for example in security, encryption and document authentication, as well as in areas such as simple microfluidics and diagnostics, are anticipated.

Abstract: Provided herein are primers and primer systems having improved specificity and kinetics over existing primers, and methods of use thereof.

Abstract: Kinked nanowires are used for measuring electrical potentials inside simple cells. An improved intracellular entrance is achieved by modifying the kinked nanowires with phospholipids. 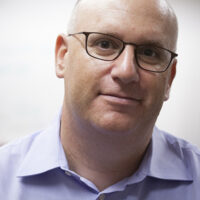