Abstract: A soft material retractor includes at least two soft actuators, each actuator having at least one pressurizable interior space, wherein the actuator has a first flexible resting state and a second stiffer pressurized state; and a flexible sheet spanning the actuators such that the actuators can be spaced apart from each other by a distance selected to displace a volume of material of a body cavity. The retractor can be uses for holding open wounds or incisions, with trochars, or to displace anatomical features such as organs within a body cavity.

Abstract: An apparatus for spectroscopy of a gas mixture is described. Such an apparatus includes a gas mixing system configured to mix a hot analyte gas that includes at least one analyte species in a gas phase into a cold buffer gas, thereby forming a supersaturated mixture to be provided for spectroscopic analysis.

Abstract: The invention provides natural IgM antibody inhibitors that may be used to treat various inflammatory diseases or disorders.

Abstract: The invention provides compositions comprising nucleic acid complexes for use in monitoring binding interactions and in measuring association and/or dissociation kinetics with or without force, detecting analytes, screening aptamers, and encoding/encrypting information. In some instances, the nucleic acid complexes are double-stranded nicked nucleic acids comprising a scaffold nucleic acid hybridized to one or more oligonucleotides. In some instances, a first and/or a second oligonucleotide are linked to moieties that are known to interact with each other or which are suspected of interacting with each other.

Abstract: A method of sequencing nucleic acids by probe hybridization and/or ligation is provided using DNA origami as a barcode for a nucleic acid probe.

Abstract: Replicable libraries having discrete members in defined locations for screening for antigens to a pathogenic organism are provided. Also provided are methods for using such libraries as well as a specific antigen, CT788, which induces T-cell activation during a Chlamydia infection. 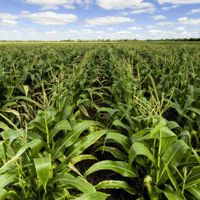