Abstract: The invention provides compositions and methods for utilizing scaffolds in cancer vaccines.

Abstract: Some aspects of this disclosure provide methods and reagents for the detection of apolipoproteins in a sample, for example, a sample obtained from a human subject. Some aspects of this disclosure provide protocols and reagents for the quantification of lipoproteins and lipoprotein particle populations comprising specific combinations of non-integral apolipoproteins and integral apolipoproteins, which is useful, inter alia, for the detection of diseases such as cardiovascular disease as well as an assessment of the risk of an individual to develop a disease.

Abstract: The invention describes a method for the identification of compounds which bind to a target component of a biochemical system or modulate the activity of the target, comprising the steps of: a) compartmentalizing the compounds into microcapsules together with the target, such that only a subset of the repertoire is represented in multiple copies in any one microcapsule; and b) identifying the compound which binds to or modulates the activity of the target; wherein at least one step is performed under microfluidic control. The invention enables the screening of large repertoires of molecules which can serve as leads for drug development.

Abstract: Surfactants (e.g., fluorosurfactants) for stabilizing aqueous or hydrocarbon droplets in a fluorophilic continuous phase are presented. In some embodiments, fluorosurfactants include a fluorophilic tail soluble in a fluorophilic (e.g., fluorocarbon) continuous phase, and a headgroup soluble in either an aqueous phase or a lipophilic (e.g., hydrocarbon) phase. The combination of a fluorophilic tail and a headgroup may be chosen so as to create a surfactant with a suitable geometry for forming stabilized reverse emulsion droplets having a disperse aqueous or lipophilic phase in a continuous, fluorophilic phase. In some embodiments, the headgroup is preferably non-ionic and can prevent or limit the adsorption of molecules at the interface between the surfactant and the discontinuous phase. This configuration can allow the droplet to serve, for example, as a reaction site for certain chemical and/or biological reactions. In another embodiment, aqueous droplets are stabilized in a fluorocarbon phase at least in part by the electrostatic attraction of two oppositely charged or polar components, one of which is at least partially soluble in the dispersed phase, the other at least partially soluble in the continuous phase. One component may provide colloidal stability of the emulsion, and the other may prevent the adsorption of biomolecules at the interface between a component and the discontinuous phase. Advantageously, surfactants and surfactant combinations of the invention may provide sufficient stabilization against coalescence of droplets, without interfering with processes that can be carried out inside the droplets. 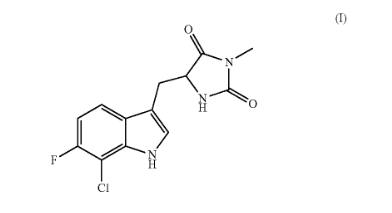 Abstract: Anonymous pretesting items for subsequent presentation to participants in a group enable an instructor to validate responses and revise the items accordingly. 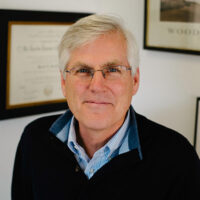