Abstract: Antibody molecules that specifically bind to PD-1 are disclosed. The anti-PD-1 antibody molecules can be used to treat, prevent and/or diagnose cancerous or infectious conditions and disorders.

Abstract: A device is disclosed to reduce noise and temperature during measurements in cryostats comprising, the device comprising any of, or a combination of, the following PC boards, each conditioning a different frequency range: a RC-PC board having a two-stage RC filter in series with a surface-mounted pi-filter; a RF-PC board having a plurality of surface-mounted pi-filters in series, each configured with different low-frequency cutoff frequencies; and a Sapphire-PC board having a sapphire substrate having high heat conductivity at low temperature with thin metal films routed in a meandering fashion.

Needle in a haystack 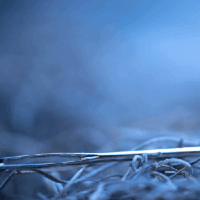