Many Harvard University faculty and researchers were among the inventors issued U.S. patents in the months of January, February, and March 2021.

The Harvard innovations recently recognized by the USPTO are as follows:

Abstract: A method of reducing a symptom of a clinical disorder characterized by aberrantly elevated circulating aP2 is carried out by administering to a subject an inhibitor of secreted aP2, secretion of aP2, or a serum aP2 blocking agent. For example, glucose intolerance is reduced following administration of such an inhibitor or agent. Exemplary compositions inhibit cellular secretion of aP2 or bind to circulating aP2, thereby reducing the level or activity of aP2 in blood or serum.

Abstract: A method for probing the properties of nanoscale materials, such as 2D materials or proteins, via nanometer-scale nuclear quadrupole resonance (NQR) spectroscopy using individual atom-like impurities in diamond. Coherent manipulation of shallow nitrogen-vacancy (NV) color centers enables the probing of the NQR spectrum of nanoscale ensembles of nuclear spins. Measuring the NQR spectrum at different magnetic field orientations and magnitudes and fitting to a theoretical model allows for the extraction of atomic structural properties of the material with nanoscale resolution.

Abstract: Disclosed herein are non-myeloablative antibody-toxin conjugates and compositions that target cell surface markers, such as the CD34, CD45 or CD117 receptors, and related methods of their use to effectively conditioning a subject's tissues (e.g., bone marrow tissue) prior to engraftment or transplant. The compositions and methods disclosed herein may be used to condition a subject's tissues in advance of, for example, hematopoietic stem cell transplant and advantageously such compositions and methods do not cause the toxicities that are commonly associated with traditional conditioning methods.

Abstract: The disclosure relates to genetic engineered bacteria having a genetic memory circuit, compositions thereof, formulations thereof, methods of analyses and method of treatment of conditions related to the gastrointestinal tract including the mouth and the stomach.

Abstract: Systems and methods are disclosed to objectively identify sub-second behavioral modules in the three-dimensional (3D) video data that represents the motion of a subject. Defining behavioral modules based upon structure in the 3D video data itself--rather than using a priori definitions for what should constitute a measurable unit of action--identifies a previously-unexplored sub-second regularity that defines a timescale upon which behavior is organized, yields important information about the components and structure of behavior, offers insight into the nature of behavioral change in the subject, and enables objective discovery of subtle alterations in patterned action. The systems and methods of the invention can be applied to drug or gene therapy classification, drug or gene therapy screening, disease study including early detection of the onset of a disease, toxicology research, side-effect study, learning and memory process study, anxiety study, and analysis in consumer behavior.

Abstract: A light-emitting device includes a substrate including a photonic cavity and configured to function as a gate, an active layer including a two-dimensional material, a first conductive contact, and a second conductive contact. The wavelength range of light generated by the light-emitting device may be narrowed based on the photonic cavity being included in the substrate, and the intensity and wavelength range of the generated light may be controlled based on the substrate functioning as a gate.

Abstract: Provided herein are methods of preparing macrolides by the coupling of an eastern and western half, followed by macrocyclization, to provide macrolides, including both known and novel macrolides. Intermediates in the synthesis of macrolides including the eastern and western halves are also provided. Pharmaceutical compositions and methods of treating infectious diseases and inflammatory conditions using the inventive macrolides are also provided. A general diastereoselective aldol methodology used in the synthesis of the western half is further provided.

Abstract: The present invention generally relates to systems and methods for the control of fluids and, in some cases, to systems and methods for flowing a fluid into and/or out of other fluids. As examples, fluid may be injected into a droplet contained within a fluidic channel, or a fluid may be injected into a fluidic channel to create a droplet. In some embodiments, electrodes may be used to apply an electric field to one or more fluidic channels, e.g., proximate an intersection of at least two fluidic channels. For instance, a first fluid may be urged into and/or out of a second fluid, facilitated by the electric field. The electric field, in some cases, may disrupt an interface between a first fluid and at least one other fluid. Properties such as the volume, flow rate, etc. of a first fluid being urged into and/or out of a second fluid can be controlled by controlling various properties of the fluid and/or a fluidic droplet, for example curvature of the fluidic droplet, and/or controlling the applied electric field.

Abstract: Some aspects of this disclosure provide methods for phage-assisted continuous evolution (PACE) of proteases. Some aspects of this invention provide methods for evaluating and selecting protease inhibitors based on the likelihood of the emergence of resistant proteases as determined by the protease PACE methods provided herein. Some aspects of this disclosure provide strategies, methods, and reagents for protease PACE, including fusion proteins for translating a desired protease activity into a selective advantage for phage particles encoding a protease exhibiting such an activity and improved mutagenesis-promoting expression constructs. Evolved proteases that recognize target cleavage sites which differ from their canonical cleavage site are also provided herein.

Abstract: CRISPR/Cas Systems are provided where guide RNAs include one or more selected RNA sequences for delivery to a target nucleic acid sequence.

Abstract: Disclosed herein are methods for generating SC-beta cells, and isolated populations of SC-beta cells for use in various applications, such as cell therapy.

Abstract: A driver for a circuit with a capacitive load is configured for coupling to a voltage source which provides a DC input voltage, and is configured to generate an output voltage at an output. The driver includes a bidirectional synchronous power converter with a first switch, a second switch, and an inductive device connected to the first and/or second switch. A controller is configured to control the first switch and the second switch. The bidirectional synchronous power converter generates a switching voltage from the input voltage at a switching node and generates the output voltage having an analog voltage waveform with a peak amplitude of at least twice the input voltage. The bidirectional synchronous power converter includes a boost-buck converter configured to generate the analog voltage waveform from the input voltage by transferring increments of energy to the capacitive load in a forward-boost mode and from the load in a reverse-buck mode.

Abstract: The present invention is based, in part, on the identification of novel antibodies that have binding affinity for both PD-L1 and PD-L2 and methods of using same.

Abstract: Provided herein are secretory compositions/cocktails derived from a novel, extremophilic fungal species cultured, isolated, characterized and sequenced herein. Said novel, extremophilic fungal species may be exploited to produce a secretory compositions/cocktails which comprise a unique mixture of thermo-tolerant, stable enzymes capable of digesting cellular and genetic material in its surroundings under extreme temperatures. Such secretory compositions/cocktails may be useful as cleaning and sterilization solutions against biofilm, urine, yeast, bacterial, or viral contamination. Other uses include, but are not limited to, urea removal, fertilizer wastewaters, wastewater reclamation for life support systems in space, pH control, source of ammonia and carbon dioxide, starch digestion, biofuel production, as pharmaceuticals, and medical treatments such as wounds, skin disorders, or nail disorders.

Abstract: The disclosure provides adenosine deaminases that are capable of deaminating adenosine in DNA. The disclosure also provides fusion proteins comprising a Cas9 (e.g., a Cas9 nickase) domain and adenosine deaminases that deaminate adenosine in DNA. In some embodiments, the fusion proteins further comprise a nuclear localization sequence (NLS), and/or an inhibitor of base repair, such as, a nuclease dead inosine specific nuclease (dISN).

Abstract: Methods and apparatus for parallel processing are provided. A multicore processor is described. The multicore processor may include a distributed memory unit with memory nodes coupled to the processor's cores. The cores may be configured to execute parallel threads, and at least one of the threads may be data-dependent on at least one of the other threads. The distributed memory unit may be configured to proactively send shared memory data from a thread that produces the shared memory data to one or more of the threads.

Abstract: Solution of a problem of determining values of a set of N problem variables x.sub.i makes use of a quantum processor that has a limited number of hardware elements for representing quantum bits and/or limitations on coupling between quantum bits. A method includes accepting a specification of the problem that includes a specification of a set of terms where each term corresponds to a product of at least three variables and is associated with a non-zero coefficient. A set of ancilla variables, each ancilla variable corresponding to a pair of problem variables, is determined by applying an optimization procedure to the specification of the set of the terms. The accepted problem specification is then transformed according to the determined ancilla variables to form a modified problem specification for use in configuring the quantum processor and solution of problem. 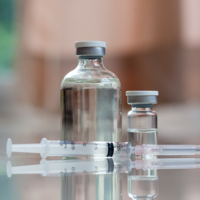