Suppression of transcytosis (vesicle traffic across cells), shown here as a red glow, seals off the blood-retinal barrier in mice after birth, contrary to previous beliefs that permeability depends mainly on tight junctions between cells. (Animation: Brian Chow and Stephanie Dutchen.)

A cellular trafficking system called transcytosis may actually do most of the work in controlling the permeability of the barrier between the blood and the central nervous system, according to new research conducted in mice by neurobiologists at Harvard Medical School.

The findings, published March 22 in Neuron, defy conventional scientific wisdom that tight junctions, zipper-like seals between cells, shoulder the responsibility for closing off the barrier.

Barriers evolved to prevent harmful substances from passing into the central nervous system (the brain, spinal cord and retina) from the bloodstream, but their selectivity also prevents most medicines from getting through.

The new study helps flesh out a basic understanding of how the blood-brain barrier—which has largely been a black box—forms and functions, clearing a path toward someday being able to manipulate it to let in drugs or combat certain neurodegenerative diseases.

“Understanding how the barrier works is critical if we want to be able to open or close it to treat neurological diseases,” said Chenghua Gu, associate professor of neurobiology at HMS and senior author of the study. “We are beginning to uncover the basic biology so we can save billions of dollars and deliver treatments more effectively.”

Most barrier investigations have focused on tight junctions. In recent years, however, Gu has called attention to the contributions of transcytosis, in which select molecules are transported across barrier cells in bubbles called vesicles.

The new study revealed that tight junctions are already in place in the retinas of mice at birth, when the blood-retinal barrier is still permeable, and that the gradual suppression of transcytosis accounts for the final sealing of the barrier.

“When we saw that the barrier was so leaky, we figured both tight junctions and transcytosis wouldn’t be formed yet,” Gu said. “Discovering that tight junctions were completely functional the minute you enter the retina was shocking even for us—and will be surprising to the field as well, I think.”

If the findings are ultimately replicated in humans, whose blood-brain barrier forms before birth, they could lead to new avenues for opening the barrier to deliver drugs or tightening the barrier to treat retinal diseases and certain neurodegenerative diseases where barrier defects precede neuron death, including Alzheimer’s disease, ALS and multiple sclerosis.

Each day as the mice developed from newborns to adults, the researchers injected small amounts of tracer dye and watched whether it leaked from blood vessels into the retina, signaling that the barrier was still forming, or whether it stayed contained, indicating the barrier had matured and closed off.

They observed that the barrier was still permeable at birth, but within about 10 days, it gradually sealed off from the center of the retina outward.

Now that they had a temporal-spatial map of barrier closure, Chow and Gu checked in on tight junctions and transcytosis using a combination of tracer dye, electron microscopy and microdissections of tiny blood vessels.

“We wanted to find out which came first, tight junctions or suppression of transcytosis, and what their relative contributions were to the barrier,” said Chow.

Although the tight junctions were already zipped up and guarding the barrier on day one, transcytosis was a different story.

In the first days after birth, barrier cells hummed with vesicles ferrying molecules from the bloodstream to the retina. By day eight, traffic had significantly slowed. By day 10, it had crawled nearly to a halt. This plunge in transcytosis mirrored the pattern of barrier closure, spreading outward from the center of the retina.

Transcytosis rates in the blood-retinal barrier fell in the 10 days after birth, while tight junctions remained in place. (Animation: Chenghua Gu.)

“We think transcytosis is a pathway we should pay attention to,” said Gu. “Nature suggests it is a good candidate for manipulating the barrier so drugs can go into the central nervous system.”

Gu and Chow were able to speed up and delay barrier closing in the mice by genetically altering transcytosis rates. Next, they want to see if they can reopen and close the barrier in adult mice.

This study was funded by a National Institutes of Health Pioneer Award (DP1 NS092473), an NIH training grant (5T32MH20017-15) and a Fritz Hoffmann-La Roche research grant. Gu was also supported in part by a Faculty Scholar grant from the Howard Hughes Medical Institute. Additional support was provided by the HMS Electron Microscopy Core Facility and Neurobiology Imaging Facility.

Unraveling the mysteries of aging 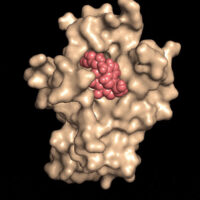