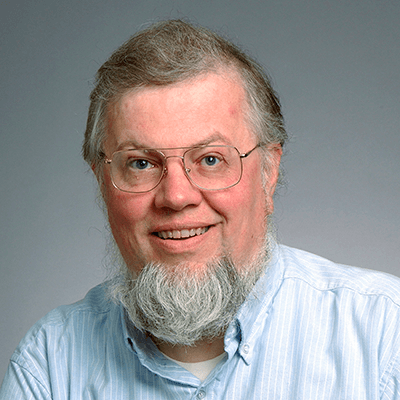 Tom Knight spent most of his career teaching computer science and electrical engineering at MIT, before playing a major role in creating the engineering discipline of synthetic biology. In 1996 he seeded interest in the field at DARPA, and built a molecular biology laboratory in the MIT computer science department. He developed important standards for engineering biological systems, specifically Biobricks, the first standard assembly technique for functional DNA components, and in establishing the MIT Registry of Standard Biological Parts. He was one of four founders of IGEM, an international competition between undergraduate teams to design and build biological systems, now hosting 300 teams across the globe. In 2008, he co-founded Ginkgo Bioworks, where he remains a full time researcher. His interests include minimal organisms, origins of life, and predictive models of biological systems. He is a Fellow of the American Association for the Advancement of Science, a director of the IGEM Foundation, and member of the International Committee on the Taxonomy of the Mollicutes.