Abstract: A molecular delivery system including a plurality of nanowires (e.g., Si NWs), each of the nanowires having a surface layer formed of a silicon-containing material and a covalently bound linker (e.g., silane linker) attached to the surface layer, and optionally including a substrate to which the nanowires are adhered or a molecule to be delivered attached to the linker. Also disclosed is a method of delivering into a cell an exogenous molecule.

Abstract: Disclosed are methods for detecting demineralization of a surface of a tooth, comprising a) contacting the tooth of a subject with an orally acceptable, binding composition comprising a binding agent that binds to a demineralized surface of the tooth; b) removing unbound binding compound; c) contacting the tooth with an orally acceptable, detector composition comprising a probe compound that reacts with the binding agent to form a visually detectable reaction product; and d) detecting formation of the reaction product as an indication of the presence or extent of surface demineralization of the tooth. Systems, kits, and compositions for practicing the methods are also provided.

Abstract: A quantum information processor (QIP) may include a plurality of quantum registers, each quantum register containing at least one nuclear spin and at least one localized electronic spin. At least some of the quantum registers may be coherently coupled to each other by a dark spin chain that includes a series of optically unaddressable spins. Each quantum register may be optically addressable, so that quantum information can be initialized and read out optically from each register, and moved from one register to another through the dark spin chain, though an adiabatic sequential swap or through free-fermion state transfer. A scalable architecture for the QIP may include an array of super-plaquettes, each super-plaquette including a lattice of individually optically addressable plaquettes coupled to each other through dark spin chains, and separately controllable by confined microwave fields so as to permit parallel operations.

Abstract: The invention provides methods and compositions, e.g., for tumor imaging and therapy.

Abstract: Engineered nucleases are promising tools for genome manipulation and determining off-target cleavage sites of these enzymes is of great interest. We developed an in vitro selection method that interrogates 1011 DNA sequences for their ability to be cleaved by nucleases. The method revealed hundreds of thousands of DNA sequences that can be cleaved in vitro by two ZFNs, CCR5-224 and VF2468, which target the endogenous human CCR5 and VEGF-A genes, respectively. Analysis of the identified sites in cultured human cells revealed CCR5-224-induced mutagenesis at nine off-target loci. Similarly, we observed 31 off-target sites cleaved by VF2468 in cultured human cells. Our findings establish an energy compensation model of ZFN specificity in which excess binding energy contributes to off-target ZFN cleavage and suggest strategies for the improvement of future nuclease design. It was also observed that TALENs can achieve cleavage specificity similar to or higher than that observed in ZFNs. 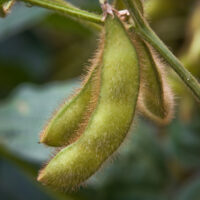