Professors Dan Finley and Randy King are poised to change the future for those who suffer from neurodegenerative diseases, such as Alzheimer’s and Parkinson’s. Research from their Harvard laboratory has uncovered the potential to provide a novel mechanism for treating these diseases. Their technology has recently been licensed to a company in the biotechnology industry. However, despite the tremendous medical need for their innovation, the path that led to their success was not a simple one.

As is the case with many technologies developed in universities, the early-stage nature of the innovation, lack of proof-of-concept, and high risk present issues when trying to license to industry. OTD recognized the potential of the technology and encouraged Professors Finley and King to submit a proposal for funding under the department’s Biomedical Accelerator program. With the help of OTD’s Business Development team, project goals were defined to bring the early-stage research to a mature state that would the match the market need. The project was selected for an award, and, after more than 18 months of funded research, the key project goals were reached, and the technology licensed.

A project at this stage, about to move from academics to academic-industry partnership, presents you with a network of fateful decisions. The drug development experience at the heart of the program provides advice that can be hard or impossible to get otherwise for academics, even those that have been around the block.

The professors’ work involves understanding the enzyme’s role for degrading proteins in cells. They hypothesized that amplifying the removal of accumulated, toxic proteins that cause cell dysfunction and death –which are implicated in multiple diseases – might provide new avenues for treatment. With the help of OTD’s Biomedical Accelerator, they were able to build on this foundation and advance the frontiers of science and healthcare.

The Accelerator fund is a wonderful invention – it works extremely well. It allowed us to take a good early stage project and get to a stage where it could be licensed to a strong biotech partner. The program is intelligently structured along many lines to provide successful outcomes, but in my opinion its strongest asset is effective leadership.

Throughout the whole process, OTD was instrumental in establishing and cultivating the relationship between the professors and potential industry partners that could ultimately bring the technology to the benefit of society. In the video below, Cell Biology Chair Joan Brugge discusses how the Blavatnik Biomedical Accelerator helped push science forward.

Professors Shigemi Nagai and Roy G. Gordon are among the faculty members to be issued US patents this August. 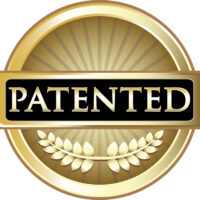