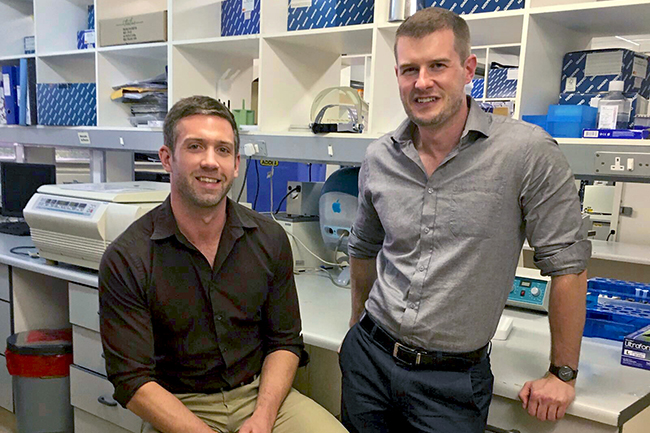 Cambridge, Mass. – May 18, 2016 – Harvard University has granted a license to Aldatu Biosciences, Inc., an early-stage diagnostics development company, for a novel qPCR genotyping platform that may help clinicians treating HIV to more quickly determine the most effective medication for each patient.

Developed at the Harvard T.H. Chan School of Public Health, the technology addresses the profound challenge of drug resistance among HIV-infected patients in resource-poor areas.

While potent antiretroviral (ARV) drugs exist to treat HIV infection, the virus is a constantly moving target, accumulating mutations and developing into strains that are resistant to a certain ARV, especially when patients’ access to medication is interrupted or they do not adhere to a treatment regimen.

It is a costly and dangerous problem. The undetected presence of drug-resistant HIV strains in a population means that clinicians may be prescribing a medication that is in limited supply to patients on whom it is ineffective, and those patients may be unknowingly transmitting the resistant virus to others—for example, from mother to child during birth—compounding the trouble.

“If you can identify resistance early and switch patients to the right drugs, you can reduce new infections,” says David Raiser, PhD ’15, CEO of Aldatu.

The Cambridge-based startup is currently developing an HIV drug resistance genotyping test for patients failing first-line ARV therapy in low- and middle-income countries, where a low-cost test could make a great difference across the health care system. Accordingly, the license from Harvard’s Office of Technology Development (OTD) is structured to maximize the global impact of the test; it grants Aldatu the right to implement the technology royalty-free in the developing world. Aldatu’s cofounders believe a test could be implemented within three years and could save millions of dollars in healthcare costs.

The Essex lab specializes in studying HIV-1 viruses (the most common type of HIV), their interactions with the immune system, and molecular epidemiology—how the viruses change over time, affecting transmission, disease, and treatment. Through the BHP, a collaboration between the Harvard T.H. Chan School of Public Health AIDS Initiative and the Government of Botswana, Harvard researchers have been working for 20 years to stem the AIDS epidemic in southern Africa.

“Harvard has done phenomenal work in countries like Botswana and Uganda. A lot of the research, implementations, and policy decisions [around HIV] are actually driven by academia,” says MacLeod. “But a university doesn’t have the resources to reach every single infected individual.”

Harvard OTD helped the research team to protect their intellectual property and advised them on the formation of a startup that could carry out a broader mission. Aldatu is incorporated as a public benefit corporation.

“In order to get the technology from its current state to a validated clinical diagnostic product,” says Raiser, “a company really needs to exist that has the explicit purpose of commercializing the technology and leveraging the market to get it to patients. OTD understood that, shared our values, and helped us get Aldatu up and running.”

The PANDAA project began in 2012 when Essex, MacLeod, and Rowley were contributing to a BHP study to assess rates of transmitted HIV drug resistance in recently infected pregnant women in Gabarone, Botswana.

With Rowley’s funding from the National Institutes of Health, the researchers were using existing commercial tests, “doing the genotyping themselves and experiencing first hand the shortcomings of that technology,” says Raiser. During the study, they saw that the rate of transmitted resistance was creeping up from about one percent in 2012 to close to 10 percent within a couple of years.

Simply studying, let alone solving, a problem of that magnitude was challenging. Using the older, real-time PCR tests, says MacLeod, “it takes two and a half days to look at eight samples, which is just not feasible for large populations.”

It was relatively expensive, too. “The women participating [in the study] were exceptions to the rule; most women don’t have access to that type of testing,” Raiser explains. “This is something everyone should have access to, but the vast majority of people don’t, because there aren’t better, faster, cheaper options that can be widely implemented.”

Essex, MacLeod, and Rowley set to work on inventing a better diagnostic platform. “We went through and really stressed this old system to see where we could build in some flexibility,” says MacLeod. “We just broke everything to see what works.”

To identify drug-resistant viruses, researchers look for key variations in the viral genome. The challenge is that HIV, like many pathogens, is highly polymorphic, meaning the genetic code is rife with slight variations called SNPs (“snips”). Some of these SNPs confer susceptibility or resistance to particular ARVs, while others play different roles in the genome. A highly sensitive technology like standard qPCR can turn up false negatives. PANDAA’s advantage, according to the inventors, is that it strips away distracting sequence variation while leaving the clinically relevant SNPs intact.

MacLeod and Raiser cofounded Aldatu in 2014, when Raiser was a doctoral student at Harvard Medical School and had recently completed a technology assessment fellowship in Harvard OTD. The startup then joined the Harvard Innovation Labs’ Venture Incubation Program, and in 2014 it won the Bertarelli Foundation Grand Prize in the Harvard Deans’ Health and Life Sciences Challenge.

“That completely changed the way we were talking about Aldatu and HIV drug resistance,” says MacLeod. “It was a phenomenal learning experience.”

MacLeod and Raiser are now Chief Science Officer and Chief Executive Officer of Aldatu, respectively, and the company is based at LabCentral near Kendall Square. The license provides Aldatu exclusive rights to Harvard patents filed on PANDAA, covering application of the PANDAA technology in the fields of clinical diagnostics and in vitro research. It also includes important global access provisions.

“The research team has been thoughtful about the economics of access to medical technology since they first came to us with this innovation,” says Grant Zimmermann, a director of business development in Harvard OTD. “We worked with Aldatu to license this technology under terms that would speed its path to the clinic in low-income countries, including providing a royalty-free license in the developing world that will help keep the cost as low as possible for the people who urgently need it.”

“We don’t want a big company replacing the current $300 test with another $300 test,” explains MacLeod. “A balance can be struck between being a for-profit company but one that also has a very public health-driven mission behind it. David and I are very strong-minded, if you will, about the public benefit mission of Aldatu.”

In addition to the support from the Harvard Deans’ Health and Life Sciences Challenge, Aldatu has received seed funding from the National Institute of Allergy and Infectious Disease and from private foundations. 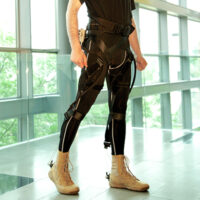