Abstract: Provided herein are pure and isolated natural products and analogs thereof of Formula (I), (II), (III), and (IV), pharmaceutical compositions thereof, and methods of use, for example, for treating a bacterial infection. Further provided are methods useful in identifying an inhibitor of bacterial sugar fermentation in a bacterial strain, such as a compound (inhibitor) of Formula (I), (II), (III), or (IV): [see structural images] or a pharmaceutically acceptable salt thereof.

Abstract: The invention includes a method of determining the effective density of nanomaterial agglomerates in liquids, such as but not limited to physiological fluids, using volumetric centrifugation. The method of the invention allows for the development of reliable and efficient in vitro dosimetry and methods for toxicological testing of engineered nanomaterials.

Abstract: A drilling system including a motor that produces a sonic, linear oscillatory motion is provided for removing a frozen biological sample from a stored frozen specimen and methods of use thereof without thawing the remainder of the specimen. The stator and slider assembly is operated by a servo controller which can communicate and be programmed through a port of a PC equipped with software. 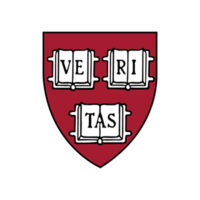