On June 24, 2016, Harvard University filed complaints against Micron and GlobalFoundries for practicing patented technology owned by Harvard without licensing the right to do so. The litigation in both cases resulted in settlements (see below).

The patented technology is essential to key components of electronic products such as computers and cell phones. Invented by Professor Roy G. Gordon and members of his Harvard laboratory in the late 1990s and early 2000s, the technology relates to the deposition of thin films of metals and other materials onto surfaces—for example, to create an insulating layer on a semiconductor memory chip. The specific patents involved in the case cover certain metal alkylamide precursors and a process of using those precursors to create thin films of high-K dielectric materials.

Professor Gordon and his research team—Dr. Jill Becker and Dr. Dennis Hausmann, then graduate students, and Dr. Seigi Suh, then a postdoctoral researcher—invested a significant amount of time and effort discovering and developing these materials, processes, and resulting products. Their efforts revolutionized the manufacture of semiconductor components, made better computers available around the world, and contributed to the growth of the information economy.

Read about the Gordon lab’s innovations in the Harvard Gazette.

What patented Harvard technology was involved in the cases?

In the late 1990s and early 2000s, Professor Roy Gordon, along with several members of his lab, invented numerous technologies for the deposition of thin films of metals and other materials onto surfaces. The specific patents involved in the case cover certain metal alkylamide precursors and a process of using those precursors to create thin films of high-K dielectric materials (e.g. HfO2, ZrO2). The technologies are essential to key components of electronic products such as computers and cell phones.

Professor Gordon and the researchers in his lab invested a significant amount of time and effort discovering and developing these materials, processes, and resulting products. Their efforts revolutionized the manufacture of semiconductor components, made better computers available around the world, and contributed to the growth of the information economy.

Who are the inventors?

Dr. Roy G. Gordon is the Thomas Dudley Cabot Professor of Chemistry and Professor of Materials Science in Harvard’s Faculty of Arts and Sciences and at Harvard John A. Paulson School of Engineering and Applied Sciences. He was also, for several years, Director of the Center for Nanoscale Systems at Harvard University.

A Harvard alumnus, Dr. Gordon earned his bachelor’s degree in 1961, master’s degree in 1962, and doctorate in chemical physics just two years later in 1964. Various new materials and vapor deposition processes he has invented over the course of his distinguished career are widely used commercially for making thin films in solar cells, energy-conserving window coatings, display devices, and semiconductor electronics. The Corning Museum of Glass features several of his inventions in its permanent exhibit.

The other inventors in Prof. Gordon’s lab were Dr. Jill Becker and Dr. Dennis Hausmann, who were graduate students at the time, and Dr. Seigi Suh, who was a postdoctoral researcher. The research team worked long hours in the lab, experimenting with novel compounds until they solved a scientific challenge of great importance to industry.

Why does Harvard apply for and hold patents?

The creation and dissemination of new ideas for the public’s benefit is integral to a research university’s academic mission. As described in the University’s Statement of Policy in Regard to Intellectual Property (IP Policy), Harvard recognizes that the public’s interest may be best served in some circumstances by the application of legal protection to the innovations of Harvard inventors so that these technologies may be developed into useful products.

Harvard’s IP Policy is very similar to the policies of most major research institutions; it exists to protect the rights and interests of Harvard’s faculty, researchers, and students, while facilitating productive industry relations and ensuring that the University and inventors receive fair compensation for the value they create. Harvard’s Office of Technology Development is responsible for the overall stewardship of the University’s intellectual property assets (e.g., patents) and for ensuring the effective development of impactful technologies through corporate partnerships, accelerator programs, technology licensing, and startup creation.

Why should an academic institution be entitled to compensation?

The Gordon laboratory’s research was supported in part by the National Science Foundation. The Bayh-Dole Act of 1980, a federal law, enables universities to hold patents on federally funded research and to participate in technology transfer activities that help ensure inventions become useful products that benefit society. Harvard invests significant resources into research infrastructure and activities, technology development, and the cost of filing and maintaining patents.

How would Harvard distribute any proceeds from the successful enforcement of its patent rights?

Any recovery of revenue as a result of patent enforcement would be distributed according to Harvard’s IP Policy. A significant portion of any net recovery would be distributed among the several inventors—Professor Gordon and the researchers in his lab whose ingenuity, foresight, and labor enabled the computing power so ubiquitous in today’s electronic devices. A further share would provide unrestricted funding to Professor Gordon’s laboratory, supporting future groundbreaking advances. The remainder would support research initiatives within the Faculty of Arts and Sciences and elsewhere within Harvard, as determined by the President’s Office, in furtherance of the University’s mission of excellence in research and education.

If Harvard intends groundbreaking technologies to make an impact in the world, why file suit against companies that are making use of the technology?

Harvard is committed to the timely, effective, and equitable dissemination of innovative ideas and technologies for the benefit of society. Such knowledge transfer is integral to the academic mission. The University’s commitment to advancing life-changing science and technology is well recognized: Thomson Reuters recently ranked Harvard #3 among the world’s 100 “Most Innovative Universities” for its almost unsurpassed positive influence on global R&D. Harvard owes its success in technology development to the preeminent research faculty whose ingenuity continually pushes the boundaries of possibility in science and technology, and to the University’s strong relationships with industry leaders, entrepreneurs, and investors.

However, the unlicensed use of patented technology—in other words, use of patented technology without compensating those involved in its creation—can devalue the contributions and efforts of researchers who have often devoted their careers to solving important technological challenges. Enforcement of patents such as those owned by Harvard encourages fair competition, protects the rights of the inventors, and is fundamental to the integrity of the U.S. patent system and international commerce.

Autism beyond the brain 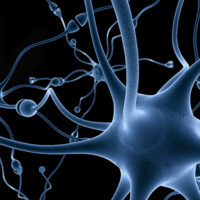