The Wyss Institute for Biologically Inspired Engineering at Harvard University and Miraki Innovation have unveiled BOA Biomedical Inc., a company that aims to solve the global healthcare demand for a device that rapidly diagnoses and treats infectious diseases, focusing specifically on sepsis and antibiotic-resistant infections. BOA is a portfolio company founded by Miraki that plans to commercialize technology developed at the Wyss Institute. Earlier this year, BOA obtained investigational device exemption (IDE) from the U.S. Food & Drug Administration to allow the device to be used in a first-in-human clinical study to collect safety and effectiveness data. This approval follows BOA’s exclusive worldwide licensing agreement with the Harvard Office of Technology Development.

“In the U.S., every 20 seconds a patient is diagnosed with sepsis and more than $24 billion per year is spent on treating this life-threatening condition – this is the problem that BOA is aiming to solve,” said Christopher Velis, Founder and Executive Chairman of Miraki Innovation and BOA Biomedical. “Like all of Miraki’s companies, BOA was a mission before it was a company. We hope to eventually expand its use to address situations where quick infection diagnoses and treatments are needed, such as disease outbreaks in remote areas, bioterrorism and military operations.”

Sepsis is a major global health issue, with no specific treatment or cure. Quickly identifying the pathogen causing a patient’s infection is critical, so that the appropriate drugs can be administered. However, most infections are identified via bacterial culture, which can take days to show results, and broad-spectrum antibiotics are becoming less effective due to antibiotic-resistant bacteria. Approximately 70% of septic patients are “blood culture negative,” meaning that diagnosis can be difficult and physicians may not know which treatment would be most effective. Over 15% of sepsis patients die as a result, and the death rate is as high as 80% for those who progress to septic shock.

Leveraging a novel solution developed at the Wyss Institute by Founding Director Donald Ingber, M.D.,Ph.D. and Lead Senior Staff Scientist Michael Super, Ph.D., BOA is creating a medical device that focuses on physically removing pathogens and their toxic, inflammation-triggering debris from the blood to stabilize the patient and mitigate the potential for sepsis without having to first identify the pathogens. BOA has also developed a companion diagnostic device. The technology synergizes with existing antimicrobial treatments, as it can capture the inflammation-causing infectious debris that is created when pathogens are killed by antibiotics, making it a valuable addition to hospital-based treatment.

“This technology has the potential to save millions of lives, and we are optimistic about BOA moving forward to help reach patients who need it,” said Ingber, who is also Chairman of BOA’s Scientific Advisory Board. 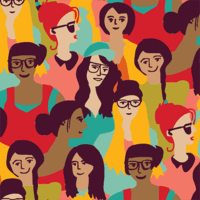