Abstract: The invention relates to microparticles comprising a crosslinked gel and methods for making and using same.

Abstract: The embodiments of the invention described herein relate to systems and methods for culturing and/or maintaining intestinal cells, tissues and/or organoids in vitro. The cells, tissues and/or organoids cultured according to the methods and systems described herein can mimic or reproduce natural intestinal epithelial structures and behavior as well as support co-culture of intestinal microflora.

Abstract: A computer system for generating a diagnostic tool by applying artificial intelligence to an instrument for diagnosis of a disorder, such as autism. For autism, the instrument can be a caregiver-directed set of questions designed for an autism classification tool or an observation of the subject in a video, video conference, or in person and associated set of questions about behavior that are designed for use in a separate autism classification tool. The computer system can have one or more processors and memory to store one or more computer programs having instructions for generating a highly statistically accurate set of diagnostic items selected from the instrument, which are tested against a first test using a technique using artificial intelligence and a second test against an independent source. Also, a computer implemented method and a non-transitory computer-readable storage medium are disclosed.

Abstract: Provided herein are new compositions including an inactivated pathogen and one or more adjuvant-loaded polymeric nanoparticles, wherein the adjuvant-loaded nanoparticles are bound to the inactivated pathogen. These compositions are useful for preventing and/or treating diseases caused by the specific pathogens, especially when administered to a subject's mucosal membranes. 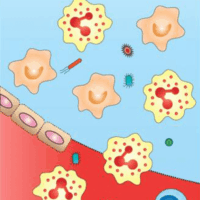