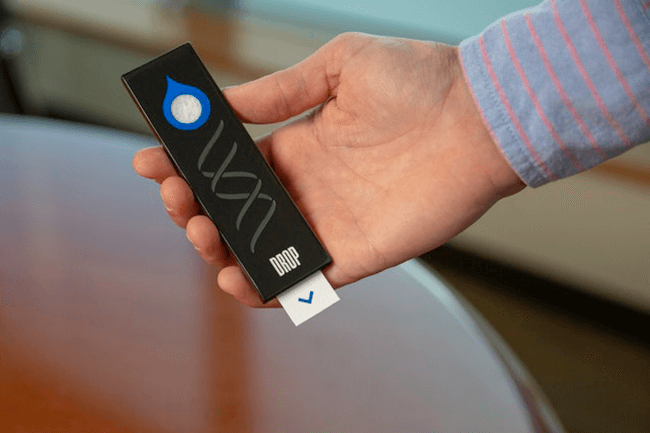 The INSPECTR™ technology (formerly known as DROP), enables highly sensitive molecular diagnostic tests to be performed at room temperature and without the need for lab equipment. (Credit: Wyss Institute at Harvard University.)

Harvard University has granted a worldwide license to Sherlock Biosciences, Inc., to develop and commercialize technology from the Wyss Institute for Biologically Inspired Engineering to create a highly sensitive, nucleic acid-based diagnostic platform that can rapidly deliver accurate and inexpensive results for a vast range of needs in virtually any setting. The technology was created by Core Faculty Member Jim Collins, Ph.D., who is also the Termeer Professor of Medical Engineering & Science at MIT, and will be incorporated into the platform as INSPECTR™ alongside the Broad Institute’s SHERLOCK™ technology.

The license agreement for the INSPECTR™ technology was spearheaded by Harvard’s Office of Technology Development. The SHERLOCK™ technology, licensed to Sherlock Biosciences by the Broad Institute, is also co-owned by Harvard University.

Collins is one of the nine co-founders of the company along with fellow Wyss Core Faculty member David Walt, Ph.D., who is also the Hansjörg Wyss Professor of Biologically Inspired Engineering at Harvard Medical School (HMS) and a Professor at Brigham and Women’s Hospital and the Howard Hughes Medical Institute, and former Wyss Business Development Lead Will Blake, Ph.D., who is now Sherlock’s Chief Technology Officer.

“Existing molecular diagnostic tools are often limited in their effectiveness because they are costly, labor-intensive, and not mobile. We believe that these technologies are poised to overcome those challenges by creating tests that are faster, less expensive, and easier to use than currently available molecular diagnostics,” said Walt.

“Synthetic biology-based tools have broad potential to transform not just the treatment of disease, but also how diseases are diagnosed,” said Collins. “We are excited to be making a significant difference in the world by bringing the power of Engineering Biology to diagnostic development and turning this vision into reality.”

INSPECTR, which is short for “Internal Splint-Pairing Expression Cassette Translation Reaction,” consists of a DNA hybridization-based sensor that can be easily programmed to detect target nucleic acids (DNA or RNA) with single base pair specificity, coupled with a paper-based synthetic gene network that translates the sensor’s detection into a bioluminescent signal that is easily visualized or captured on instant film. Crucially, this process can be done at room temperature and does not require any instrumentation, unlike other currently available methods.

“INSPECTR really allows us to bring molecular diagnostics to places where it is not available now, either because of high cost or because it is not possible to use instruments in those settings,” said Blake. “Everything living on this planet has nucleic acids, so having a technology that enables this kind of readily available testing without sacrificing sensitivity and specificity opens up a broad range of applications both within and beyond human health.”

The ease of use and broad applicability of INSPECTR made it a natural partner for SHERLOCK, which was co-developed by Collins’ team and many collaborators at the Broad Institute, MIT, and Harvard University, including veteran CRISPR researcher Feng Zhang, Ph.D., who led the efforts; computational geneticist Pardis Sabeti, M.D., D. Phil.; and infectious disease expert Deborah Hung, M.D., Ph.D.

SHERLOCK, which stands for “Specific High-sensitivity Enzymatic Reporter unLOCKing,” is a CRISPR-based diagnostic tool that can detect genetic “fingerprints” across multiple organisms or sample types down to the single-digit attomolar scale, which could indicate the presence of a single molecule of DNA or RNA in a sample. When combined with INSPECTR, this astonishing sensitivity could be deployed affordably and easily in a variety of settings, potentially allowing the creation of at-home test kits (similar to pregnancy tests) for a number of medical and environmental conditions.

“INSPECTR and SHERLOCK are powerful Engineering Biology platforms that are going to become ubiquitous, because not only are they portable, affordable, simple, and better than anything else in the diagnostics space; they will also have a big impact on many people’s lives,” said Rahul Dhanda, Sherlock’s president and CEO. “The translational research program at the Wyss Institute offers a great model to bring new technologies to the people who need them most, and it was integral to ensuring Sherlock’s multi-platform business model.”

Sherlock has launched with initial financing of $35 million, including a $17.5 million non-dilutive grant and additional investment from the Open Philanthropy Project. The team plans to pursue both medical and non-medical applications for their platform, including detection of substances for which tests do not yet exist.

“We are thrilled to see INSPECTR leave the Wyss Institute in the hands of such an amazing founding team. It’s also another great example of the success of our Institute Project program, in which we match entrepreneurs-in-residence with relevant application and industry experience with faculty inventors and technical champions to commercialize promising technologies. Sherlock Biosciences is now poised to potentially save countless lives, and we look forward to following the future success of this revolutionary diagnostic platform,” said Wyss Institute Founding Director Donald Ingber, M.D., Ph.D., who is also the Judah Folkman Professor of Vascular Biology at HMS, the Vascular Biology Program at Boston Children’s Hospital, and Professor of Bioengineering at Harvard’s John A. Paulson School of Engineering and Applied Sciences (SEAS).

Venture capitalists, executives and legal experts are a phone call away for innovative Harvard researchers 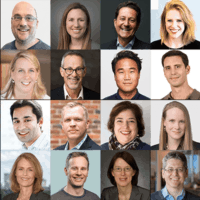