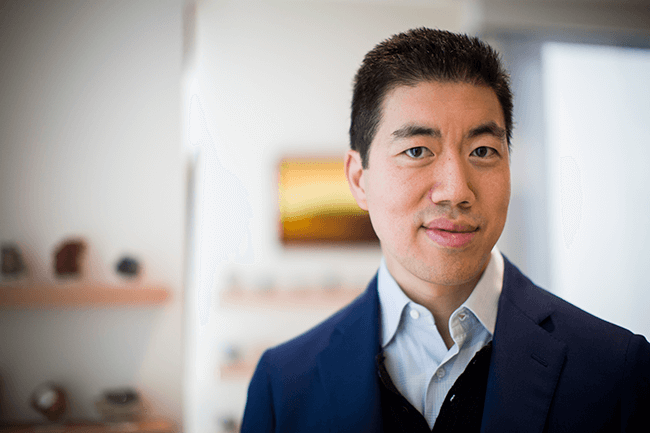 “Over the past year and a half, we’ve greatly expanded the scope of base editing technologies,” said David Liu, Professor of Chemistry and Chemical Biology at Harvard. (Photo by Stephanie Mitchell, Harvard Staff Photographer.)

Cambridge, Mass. – May 14, 2018 – Harvard University has granted a worldwide license to Beam Therapeutics, Inc., to develop and commercialize a suite of revolutionary DNA base editing technologies for the treatment of human disease.

The versatile platform of base editing technologies was invented by David R. Liu, PhD, Professor of Chemistry and Chemical Biology, and visionary postdoctoral fellows and graduate students in his Harvard laboratory.

“We developed programmable molecular machines that go to a target site of our choosing in the genomic DNA of a cell and directly convert one base to another base without making a double-stranded break in the DNA,” said Liu, who is a cofounder of Beam.

The licensed technology platform, which includes access to base editing technologies and associated technologies that enhance the targeting scope of base editing, opens up a wide range of human genetic conditions to the therapeutic promise of genome editing.

“Base editing represents a powerful platform for addressing a large class of genetic diseases that are more difficult to tackle with other methods of genome editing,” said Vivian Berlin, Director of Business Development in Harvard’s Office of Technology Development (OTD).

“Genome-editing and base editing technologies exemplify the continuous, vital contributions of Harvard’s researchers to biomedical innovation, and the opportunities such advances create for economic development and societal benefit,” said Isaac T. Kohlberg, Senior Associate Provost and Chief Technology Development Officer at Harvard. “The opportunity here is not only to tackle disease but perhaps to fundamentally change the practice of medicine.”

Beam announced today that it has raised up to $87 million in Series A financing led by F-Prime Capital Partners and ARCH Venture Partners.

In the human genome, tens of thousands of variations in the sequence of DNA bases — As, Cs, Gs, and Ts — are known to contribute to disease. The majority of disease-associated human DNA variations consist of point mutations — locations in the genome where a single base pair has been replaced by another. That’s true for mutations that are associated with conditions including neurodegenerative diseases, metabolic diseases, blood diseases, losses of vision or hearing, and thousands of other known diseases with a genetic component.

Genome editing technologies using the CRISPR platform in combination with enzymes like Cas9 and Cpf1 have shown great promise for adjusting genes through insertions or deletions of multiple nucleotides, but have had more difficulty correcting single nucleotides cleanly and efficiently. The suite of Harvard technologies licensed to Beam uniquely meets that need.

Liu likens it to having the right tool for the job. Existing methods of genome editing that attempt to correct point mutations, including those using the CRISPR/Cas9 system, use CRISPR as molecular scissors to make double-stranded breaks and then rely on an introduced DNA template to guide correction. Double-stranded breaks within the cell, however, trigger end-joining processes that reconnect the broken ends but introduce stochastic insertions and deletions while doing so. As a result, the precise correction of point mutations typically has to compete with the generation of these other undesired byproducts. In addition, precise correction with CRISPR/Cas9 typically relies on cellular components that are absent in cells not actively dividing — that is, most cells in the body.

“Instead of precisely fixing a disease-driving mutation in a specific gene, cutting a target site more often disrupts the gene or creates a mixture of mutated variants of the gene,” explained Liu.

In contrast, the base editing methods developed in Liu’s Harvard lab use an engineered multi-component protein that includes a modified form of Cas9 to unzip a targeted portion of the DNA helix, opening up a small bubble in which to perform surgery on a single base, without causing double-stranded breaks in DNA. Liu’s base editors then directly convert the target base from the mutated form to the corrected form, and in some cases also enlist an additional protein component to prevent the cell from undoing the correction. Meanwhile, the engineered Cas9 nicks the unedited strand of DNA, prompting the cell to mend that second strand with a base that complements the corrected base. The result is a double swap that permanently changes an entire base pair (such as A•T) to a different base pair (such as G•C). Liu’s team reported the development of various base editors in Nature in 2016, Nature Biotechnology in February 2017, Nature Communications in June 2017, Science Advances in August 2017, Nature in October 2017, and Nature in February 2018.

“Over the past year and a half, we’ve greatly expanded the scope of base editing technologies,” said Liu, “broadening their targeting scope, improving their target DNA specificity, and creating new classes of base editors that could have a substantial impact on the treatment of genetic diseases.”

“That’s the ultimate goal: in an unmodified organism, whether it’s a human or a plant or an animal, to be able to change a DNA base to another DNA base at will, cleanly, and with high efficiency,” Liu said. “If we can get there, I think the potential for societal benefit is high.”

“Our goal is to see this innovation develop into transformative treatments for the widest possible range of human diseases,” said OTD’s Berlin. “Licensing the commercial rights to a new startup ensures a rapid mobilization of resources to fully develop and exploit the technology in this field.”

To that end, the agreement with Beam Therapeutics stipulates particular diligence obligations by which the company must demonstrate its progress toward developing products. It also stipulates mechanisms by which a third party can propose to develop a therapeutic product, either in partnership with Beam (via a collaboration or sublicense) or through a separate agreement with the University, if that program is not of serious interest to Beam. Meanwhile, academic science remains entirely unhindered; the University always retains the rights of researchers to continue to use the intellectual property for educational and not-for-profit research purposes, whether at Harvard or elsewhere. The intellectual property is also available for licensing on a non-exclusive basis for industrial research purposes.

Under the terms of the agreement, the University will receive a multimillion-dollar upfront licensing payment from Beam Therapeutics, with additional terms confidential. The compensation acknowledges the value Harvard has created through its pioneering research and will support continued scientific discovery and innovation on campus.

In addition to his faculty appointment in Harvard’s Department of Chemistry and Chemical Biology, Liu holds appointments at the Broad Institute of Harvard and MIT as the Richard Merkin Professor and Director of the Merkin Institute of Transformative Technologies in Healthcare, Vice-Chair of the Faculty, Core Institute Member, and Director of the Chemical Biology and Therapeutic Sciences Program. He is also a Howard Hughes Medical Institute Investigator.

His lab’s research on base editing was supported in part by DARPA and by the National Institutes of Health.

Envisioning the future of food and sleep 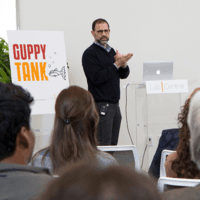