Juno Therapeutics is known as one of the leading companies that engineer T-cells of the immune system to kill cancer cells. It has reported some preliminary success with patients who have a rare blood cancer, acute lymphocytic leukemia.

Many questions remain, however, including this one: Can it unleash immune system firepower on solid tumors like those of the lung, breast and prostate that affect many more people? For the scientists out there, can it go beyond aiming T-cells at a marker on tumors called CD19?

Today, it’s acquiring a Boston-based startup that’s supposed to help it go down that road.

Seattle-based Juno is announcing today that it has agreed to acquire Boston-based AbVitro, a spinout from George Church’s lab at Harvard University, for about $125 million in cash and stock. Specifically, Juno is offering $78 million in cash and 1,289,193 shares of its stock (valued at $36.39 a share at Friday’s close).

For all that money, the little company is offering up technology for sequencing single T-cells and B-cells of the immune system. Through the AbVitro immune sequencing method, a fully human, natural T-cell receptor that’s designed to combat a specific cancer cell marker can be found in a matter of 2-3 weeks, says Juno chief financial officer Steve Harr. By grabbing a single cell, and looking at its genome, the AbVitro scientists can tease apart the complex genes that go into making a T-cell receptor, in both its alpha and beta pairs. Industry scientists doing that same work today can take seven to 12 months, he said. “Finding natural T-cell receptors to date has been a very arduous and onerous process,” Harr said.

“This changes the way, on a basic level for us, how we can interrogate the immune system and its natural responses to cancer,” Harr said. “Number one, you’re faster. Two, you’re better. And three, you can go much broader.”

Read the entire article in Forbes. 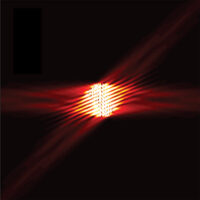