That was the first question Kit Parker, the Tarr Family Professor of Bioengineering and Applied Physics at the Harvard John A. Paulson School of Engineering and Applied Sciences (SEAS), asked Christophe Chantre when he interviewed for a position in Parker’s Disease Biophysics Group. Parker was looking for people to work on a project producing meat alternatives from vegetable proteins, using a technology originally designed to create nanofiber wound dressings and body armor.

Chantre was pursuing a master’s degree in mechanical engineering at the Swiss Federal Institute of Technology Zurich, but had become increasingly interested in the intersection of biology and biomedical engineering with climate and sustainability.

Nearly 60 percent of global greenhouse emissions are linked to the production and processing of meat, according to a 2021 study published in Nature Food. Developing alternative, plant-based meats turned out to be exactly the kind of work Chantre was looking for.

“I always wanted to work on something related to sustainability and climate,” Chantre said. “[Parker] offering this project around lab-grown meat was a dream job, because that’s where I was going in terms of my work and specialization, and it married my interest with sustainable work.”

Parker and Chantre are now among four co-founders of Tender Food, a Boston-based food technology startup, based on that research, that today announced $12 million in seed financing led by Lowercarbon Capital. Tender’s founders say their products will differ from other alternative meat in texture and mouthfeel, as the core innovations licensed from Harvard enable the company to simulate the texture and complexity of whole-muscle cuts such as pulled pork, chicken breast and steak. The company is gearing up for a first product launch this year.

“The fibers’ texture is very important to the eater’s perception that they’re eating meat,” said Parker, who in addition to his faculty appointment at SEAS is an Associate Faculty member of Harvard’s Wyss Institute for Biologically Inspired Engineering. Parker taught a course on the science of BBQ at Harvard in 2015 that spun out another Boston-area company, Desora, after he and students patented a smoker.

Parker’s interest in alternative meats goes back many years, but it was an unrelated project with support from the National Science Foundation that set the gears in motion. Parker and several members of his research group developed innovations in Rotary Jet-Spinning, in which a liquid polymer solution is loaded into a reservoir, then ejected through a small opening by centrifugal force as the device spins.

As the device spins, the polymers elongate into fibers.

Parker said, “We were making nanofibers out of everything from lemongrass to soy to alfalfa.”

A donation from the TomKat Foundation helped fund the early research in tissue engineered meat and alternative proteins in Parker’s lab. A grant from the Physical Sciences and Engineering Accelerator, a program of the Harvard Office of Technology Development (OTD), helped the team to scale up the rotary jet-spinning technology early in the project. Then, to further refine it and explore its applications, the Wyss Institute adopted it as an Institute Project, providing Parker’s lab with significant funding and business development resources from both the Wyss and OTD. In one major success, the improved technology was able to spin proteins into synthetic heart valves.

"Those first demonstrations were impressive,” said Alan Gordon, Director of Business Development in the Harvard OTD. “At the time, we were talking about using it for surgical implants, wound healing, and military body armor, which are all still on the table. Over time, they also identified an opportunity to make a difference with sustainable, ethical food, and it’s been exciting to help them launch Tender to bring it to market.”

The lab’s interest in alternative meat grew alongside that biomedical work, and postdoctoral researcher Luke MacQueen led a project at SEAS to explore what else could be spun out of microfibers.

“What I realized was that our fibers had an additional application besides just serving as a scaffold to organize a tissue for regenerative medicine purposes,” Parker said. “I realized that we could also use the same technology to build tissue scaffolds for food.”

Parker’s lab soon showed they could spin gelatin scaffolds to hold animal muscle cells, creating lab-grown meat. Their results were published in the journal Science of Food in 2019.

“You can either make it with animal cells on it, or you can make it completely vegetarian, which is the direction we’re going in,” Parker said.

Tender uses Harvard’s technology to spin muscle fiber out of vegetable proteins, simulating the texture of steak or pulled pork without using any animal products.

Chantre, Parker, Grant Gonzalez (S.B. ’13, S.M. ’16, Ph.D. ’19) and MacQueen co-founded Tender in June 2020. One of the team’s earliest challenges, as they struck out on their own in nearby Somerville, was a lack of access to food-safe laboratory space

“There’s no local place where you can build hardware and complicated things for developing a new food product,” said Chantre, CEO of Tender Food and a member of the Wyss Lumineer Class of 2021.

The team eventually found a suitable lab with a kitchenette, so food-safe taste tests could begin as they continued to raise seed capital. Finally trying Tender’s pulled pork product convinced Parker his company had a chance.

“It became very clear that we were onto something, because it tasted good,” said Parker, who is also a Kansas City Barbeque Society certified judge and years ago was a judge on the Food Network Channel. Even Parker’s 13-year-old daughter liked the taste, he said.

Tender currently has 15 employees and is planning to double its workforce by the end of 2022. The company plans to partner with local restaurants before potentially scaling up to retail or food services.

“We’re going to partner with a couple restaurants that believe in our mission and are excited to offer this new generation of meat alternatives,” Chantre said. “We can get more direct access to consumer responses through the chef and then the consumers.”

“The roughly 6 billion carnivorous humans that eat meat drive about 15% of total carbon emissions,” said Chris Sacca, co-founder of Lowercarbon Capital, in Tender’s funding announcement. “Cheers to the vegans, but to win over everybody else, you need steaks and chops made from plants that are just as tasty off the grill as what gets cleaved off a carcass.”

If the taste and texture is right, Chantre hopes consumers will come back for second helpings.

“Right now, it’s about proving that we can make something that’s better than a chicken nugget or a burger,” Chantre said. “We believe that consumers and the industry are interested in that offering, and that’s what we’re hoping to provide as soon as possible.” 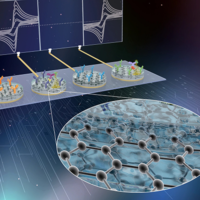