Metalmark launches to make clean air affordable for all

The Wyss Institute for Biologically Inspired Engineering at Harvard University and the Harvard John A. Paulson School of Engineering and Applied Sciences (SEAS) announced today that startup company Metalmark has licensed their catalytic nanoarchitecture technology, and plans to develop it into a proprietary air purification system for effectively removing pollutants and pathogens, including viruses like SARS-CoV-2, from indoor and in-cabin air.

The all-fields exclusive license, granted to the company by Harvard’s Office of Technology Development (OTD), will allow Metalmark to expand the platform technology’s reach by incorporating different types of catalysts for multiple functions and applications.

“Existing air purification systems can typically filter out particles down to about one micron in size. Recent research has shown that smaller particles like volatile organic compounds [VOCs], ultrafine particulate matter, and airborne viruses can slip through and contaminate indoor air,” said Sissi Liu, CEO and co-founder of Metalmark. “Our approach to air purification is completely different: rather than filtering substances out, our system uses catalysts to actually break down toxic pollutants and inactivate viruses. We are using this technology to solve the problem of dirty air both inside and outside, to make all environments safer for humans and animals.”

The technology was developed by a team of researchers in the lab of Joanna Aizenberg, Ph.D., who is the Amy Smith Berylson Professor of Material Sciences at SEAS and a Wyss Associate Faculty member. The co-inventors include former Wyss and SEAS Postdoctoral Fellows Tanya Shirman, Ph.D. and Elijah Shirman, Ph.D., former Wyss Advanced Technology Team member Michael Aizenberg, Ph.D., and SEAS Postdoctoral Fellows Mathias Kolle, Ph.D. and Nicolas Vogel, Ph.D. Joanna and Michael Aizenberg and Tanya and Elijah Shirman are co-founders of Metalmark along with Liu.

Aizenberg’s lab is interested in unraveling the mysteries of how Nature controls the chemistry and morphology of its biological building blocks. Inspired by the honeycomb-like structure of butterfly wings, the team built a porous, nanoscale architecture into which catalytic nanoparticles can be precisely embedded to maximize their exposure to polluted air. The result is a highly efficient catalytic system that needs minimal materials to clean air.

Based on the fundamental research conducted at SEAS, the technology was refined, optimized, and shepherded by the Wyss Institute through a de-risking and validation process in preparation for commercialization. The technology is covered by several pending patent applications and an issued patent, and is described in papers recently published in Advanced Functional Materials and Catalysis Today.

“Catalytic converters have been used for decades to remove pollutants from factory smokestacks and cars, but they have never been used for indoor air purification because they are expensive, require high temperatures and controlled operating conditions to work well, and are vulnerable to loss of activity over time,” said Tanya Shirman, now VP of Material Design at Metalmark. “Now that smaller indoor air particles have been linked to heart attacks, pulmonary diseases, neurological disorders, and even cancer, it is clear that the problem of air purification needs to be addressed. Metalmark aims to provide a unique solution that overcomes the challenges of indoor air purification and avoids the shortcomings of traditional catalysts.”

The company has completed a pre-seed round of funding and is currently raising its seed round. It was also awarded research grants from the NSF and NIH, and has signed contracts with major multinational corporate customers. Its current prototype has been designed to integrate with the equipment currently used for air handling in buildings, and Metalmark plans to deploy it in real-world environments in the near future.

“Removing specific pollutants from smokestack or car exhaust is pretty straightforward and our technology offers significant advantages for those applications. Indoor air is much more complex, but our lab tests have been excellent and we now intend to prove that our system works similarly well in uncontrolled environments,” said Elijah Shirman, who is now VP of Technology at Metalmark.

Following validation that its system can successfully remove VOCs, aerosols, and live viruses from indoor air, Metalmark’s long-term plan includes expanding its scope to produce multifunctional coatings and other catalytic materials to not only reduce emissions from factories and vehicles, but also perform chemical transformations, such as converting the greenhouse gas carbon dioxide into useable materials.

“This powerful platform is a rare example of a technology that is highly customizable, can reduce cost, save rare metals, operate at benign conditions, save energy, improve the environment and human health, and provide a sorely needed service that was previously impossible, all at the same time,” said Joanna Aizenberg.

“Watching this project evolve over the last few years from its original biological inspiration into a product that is poised for commercialization has been enormously exciting for all of us at the Wyss Institute, and we look forward to seeing how this technology can help in the global battle for sustainability,” said the Wyss Institute’s Founding Director Don Ingber, M.D., Ph.D., who is also the Judah Folkman Professor of Vascular Biology at Harvard Medical School and Boston Children’s Hospital, and Professor of Bioengineering at SEAS. 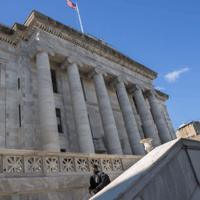