Vivian has been part of OTD’s business development team since 2008. During her tenure at OTD, Vivian has established numerous major research alliances between the university and industry partners, which have provided more than $170M in research funding to Harvard. She has spearheaded the commercialization of groundbreaking life-science technologies developed at Harvard, notably through licenses to startups focused on developing next-generation therapeutics (e.g. Semma, Magenta, Editas, Beam, Sana, Fog) that have collectively raised $1.6B in venture financing and greater than $1B from IPOs and M&A. Prior to joining Harvard, Vivian held positions in research management and business development at Vertex Pharmaceuticals, Mitotix, and GPC Biotech. She led multiple R&D programs, advanced programs from discovery to late pre-clinical development, and helped to establish proprietary positions in several therapeutic areas. She has also been a strategic consultant to several life-science companies and investor groups. Vivian holds an M.S. from the Harvard School of Public Health and a Ph.D. from Stanford University. She was a postdoctoral fellow at the Whitehead Institute for Biomedical Research. 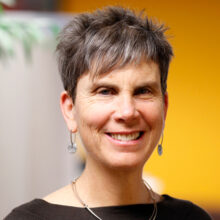