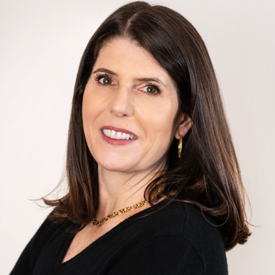 Diana Brainard, MD, is CEO of AlloVir, a late-stage cell therapy company focused on developing innovative, allogeneic, off-the-shelf, virus-specific T cell (VST) therapies designed to prevent and treat life-threatening viral diseases. She has more than 20 years of experience in the biopharmaceutical industry and academic medicine, has authored more than 200 publications, and brings a passion for advancing therapies for devastating diseases.

Previously, Dr. Brainard spent more than a decade at Gilead, where she played an enterprise-wide leadership role as the head of the virology therapeutic area overseeing the development and launch of some of the most successful drugs of the last decade including Sovaldi, Harvoni, Epclusa, and Biktarvy. In 2020, she led the company-wide initiative to rapidly advance remdesivir to become the first and only antiviral to receive regulatory approval for the treatment of SARS-CoV-2, which earned her global recognition as one of the most influential people in the fight against SARS-CoV-2. Her industry career began at Merck, where she held positions in clinical pharmacology and experimental medicine.

Dr. Brainard received her MD from Tulane University School of Medicine, and her BA in comparative literature from Brown University. Following completion of her medical training, she was on the faculty at Harvard Medical School, where her NIH-funded research focused on HIV immunology and T-cell trafficking.