Permafrost by its nature is supposed to stay frozen year-round, but in a marker of encroaching climate change, in 2018 the top layer of soil thawed and didn’t refreeze. Microbes began to eat the carbon that had been locked away in the ice and released it into the air as methane gas. Church watched a teammate light a match and ignite a pocket of the gas that hovered over the softening bog they stood in.

“That was an ominous sign,” Church recalled. Today, he says, thawing permafrost is burping up methane “at an alarming rate,” given that the gas “is 30 times more potent than carbon dioxide in contributing to global warming.”

The sight reinforced Church’s determination to combat climate change by ensuring that the world’s permafrost stays frozen, keeping its estimated 1.4 trillion tons of stored carbon—two and a half times more than the Amazon rainforest harbors—tucked safely away.

His plan for doing so: Genetically modifying a group of elephants to thrive in the cold and moving them north so their daily activities contribute to preserving and restoring Arctic environments.

Harvard Medicine News spoke with Church about this unusual approach to climate mitigation and the latest developments in his lab’s efforts. Church is the Robert Winthrop Professor of Genetics in the Blavatnik Institute at Harvard Medical School and a founding core member of the Wyss Institute for Biologically Inspired Engineering at Harvard University.

HM News: There have been a lot of headlines about resurrecting mammoths to repopulate and reshape the Arctic tundra. What exactly are you doing?

Church: People tend to use the shorthand that we’re de-extincting mammoths: bringing them back to life after the last of them died about 4,000 years ago. We’re not. At least, not in the near future. We’re trying to de-extinct genes. The field has actually already done this with two genes that confer cold-resistant properties to organisms. The idea is to safely introduce these and other genes into present-day elephants so the elephants can comfortably live in and restore Arctic environments.

Church: The main reasons have to do with biodiversity and climate mitigation.

A question we get asked frequently is, Why de-extinct something that already had its chance; why don’t you focus on endangered species and saving them from going extinct? Well, that’s exactly what we’re doing. We’re dealing not with mammoths but with modern endangered species.

All elephant species are endangered. We’re trying to give them new land in the Arctic that’s far away from humans, who are the major culprits causing extinction. We’re trying to cure Asian elephant-specific herpesvirus, which can be deadly, especially in young elephants. We’re trying to develop tools that might be useful for other endangered species that other teams might be interested in working on.

The two-for-one is that not only would the elephants get a new homeland, but their homeland is in desperate need of environmental restoration, and they can help. Moving genetically adapted elephants to the Arctic offers an opportunity to sequester, or remove from the atmosphere, significant amounts of carbon and to prevent more carbon from escaping.

Understanding how this might work requires connecting a few dots. Elephants knock over trees, reducing bark that absorbs sunlight and heats the ground. Clearing a portion of the tree cover allows the animals to walk through new areas and pack down the snow there, facilitating permafrost freeze. Otherwise, the snow forms a fluffy, insulating layer that keeps the topsoil warm.

Basically, the idea is that we need to convert a portion of trees in the Arctic back to grass, and elephants are the only living large herbivore that will do that. They do so quickly and easily, and they like doing it. So a genetically adapted elephant-mammoth hybrid might prove to be a good proxy species for the ecological role the woolly mammoth used to play.

It’s a similar kind of ambitious, engineering-focused, team-based target that President Kennedy set when he declared we would put a person on the moon within a decade.

HM News: Why dig up genes from the past?

Church: We’re trying to gather genetic diversity. We know diversity is useful for survival in a changing or new environment, and we’re getting better at identifying and gathering genes that are important for a given trait—in this case, cold tolerance and virus resistance.

We’re no longer limited to searching for beneficial genes in one elephant herd or even the global elephant population; now we can go all around the world, even to distant species, and back in time up to 1 million years to discover and obtain those genes. The DNA that mammoths left behind in their bones can offer us the genetic code for traits like warm, woolly hair and thick, subcutaneous fat.

HM News: How are you engaging with the ethical questions raised by this kind of work?

Church: Most of the projects I’ve worked on in my career—like the publicizing and privacy of personal genomes, development of devices that print synthetic DNA, gene drives that eliminate malaria parasites from mosquitoes—require broad public engagement. The problem isn’t always getting scientists engaged; it’s getting the public engaged. People are focused on how to put food on the table and get their kids educated. The latest cutting-edge scientific thing is not always perceived as important.

As a start, my research group has worked with HMS geneticist Ting Wu’s Personal Genetics Education Project to brief Congressional staffers, who then bring information back to their constituents. We’re working with writers who reach millions of people through their narratives—and the Arctic elephant story resonates particularly well. We’re reaching out to representatives of key populations, including people from Indigenous groups, Arctic farming communities, other industries, and governments. We’ll engage with anyone who wants to participate, whether they take a positive or negative view of the work.

HM News: You co-founded Colossal Biosciences, a private company dedicated to developing genetic technologies for de-extinction and ecosystem restoration. What’s your relationship to it?

Church: I am a scientific co-founder of Colossal but have no management role there. The company is providing funding for my lab’s work toward creating an elephant-mammoth hybrid through a sponsored research agreement with Harvard. It’s fairly open-ended research that we would have done anyway if we’d had the money for it—in fact, we were already doing some of the work through sparsely funded or volunteer labor. Now that Colossal has dedicated some funding to it, this work in my lab is a much more concerted and defined project that we’ll be pursuing over the next few years.

HM News: Although funding for the gene de-extinction and elephant adaptation project doesn’t come from any public or health-focused institutions such as the NIH, you do, of course, work at a medical school. Does this research have any relation to human health?

Church: Definitely. First of all, climate change itself is a human health issue. Preventing further warming or reversing existing damage by sequestering carbon would safeguard human lives along with the ecosystems.

Side products of the Colossal effort will be technologies from my lab, with an additional potential for great impact on human health. Some of what we’re doing with reproductive medicine in elephants, like making gametes and finding ways to handle premature births, may open a path into various assistive reproductive technologies in humans, making those procedures safer for all sorts of cases.

There is a lot that human medicine and animal medicine can learn from one another. We’ve seen in the past that a lot of our work on reading and writing DNA and developing medical diagnostics and therapeutics is directly translatable to veterinary efforts.

HM News: How is basic, curiosity-driven research driving this endeavor?

Church: Our lab does a lot of basic engineering and a little bit of basic science, and we’re heavily dependent on basic science from our close colleagues. An example of such “pure” science was the discovery of a repetitive family of gene sequences now called CRISPR. That was seen as just a bunch of “junk DNA” at first, and now it has revolutionized our ability to edit genes for medical and industrial purposes. The genomic sequencing of lots of vertebrate species, including extinct species, was basic science without necessarily any particular goal in mind, and that has been very valuable.

HM News: What part of the elephant-mammoth project is your lab focused on right now?

Church: We’re trying to efficiently identify and test genes that would provide adaptation to Arctic environments. We’ve been developing methods for multiplexed editing—the ability to make thousands of genetic and epigenetic changes at once. This allows us to turn adult elephant cells into pluripotent stem cells, introduce the changes, and mature the cells back into adult-like tissues fast, within four days to a couple of weeks, so we can then study our genes of interest as a batch. Speed and volume are important because introducing a single change and waiting for an entire elephant embryo to mature would take 22 months. In the time it would take to study every gene candidate that way, the climate crisis would either be resolved by some other method or have caused societal collapse.

Our record for multiplexed editing in general now is 22,000 edits in a few days. The number of edits we’ll need to make in the elephant isn’t clear yet. It could be as few as 40, which is the number of changes we made in the pig genome to facilitate organ transplantation to humans, and it probably won’t be more than 500,000, which is the number of fixed genetic differences between mammoths and elephants.

We’re also pushing the science forward on reprogramming techniques to grow healthy gametes and promote safe in vitro fertilization and embryonic development so that when the research is ready to deploy, elephants can successfully gestate the genetically modified offspring. Because we don’t want to hinder the reproduction of endangered species.

Getting ready for further down the road: Strategies are being developed for where the elephants should be located, how to guide them away from places where people live and toward places where they could contribute to reducing carbon risk, and what the appropriate landscapes and flora should be, including specific flowering plants they like to eat. These behavioral and geopolitical realities might take more time than the actual engineering.

People with sophisticated modeling tools want to be involved. It’s better to find out now with a good model whether there’s a problem than six years from now. Carbon reserves vary from place to place in the Arctic, and it might take dispersing elephants over only a small fraction of its 20 million square kilometers, in precisely targeted areas, to get the climate impact we want.

HM News: Colossal says it’s striving for an ecological proxy of a mammoth within five to six years. Does that seem realistic? What kind of timeline do you envision?

Church: The six-year estimate for birthing an Arctic-adapted elephant calf is an ideal-case scenario based on working backwards from the 22-month gestation period, figuring another two years to achieve successful IVF embryos in mice, and two years in between for “debugging” the system for producing healthy elephant fetal development. That assumes everything goes smoothly along the way, which doesn’t typically happen.

I used to predict that reaching the final stage would take a very long time, maybe decades, because we didn’t have any appreciable funding, and it does depend on funding. Today, I think six years is a good goal to strive for—but it’s not a promise. It’s a similar kind of ambitious, engineering-focused, team-based target that President Kennedy set when he declared we would put a person on the moon within a decade. The scientific challenges of this project are considerable but ultimately surmountable. The bioethical dimensions are paramount. The execution will no doubt be daunting. However, we owe it to science, to humankind, to our fellow species, and to our planet to try.

This interview was edited for length and clarity. 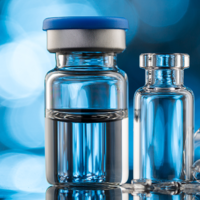