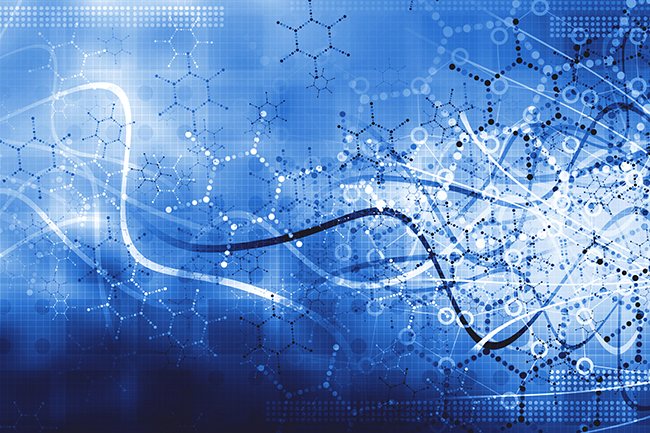 Cambridge, Mass. – August 15, 2016 – A powerful materials discovery platform created at Harvard University to dramatically accelerate the process of screening millions of molecules for use in future technologies will now speed the commercial development of next-generation electronic displays. Harvard has licensed the deep-learning software platform, dubbed the Molecular Space Shuttle, to Kyulux, Inc., a Japan- and Boston-based developer of OLED display and lighting products.

The screening platform was developed by a group of Harvard researchers led by Alán Aspuru-Guzik, Professor in Harvard’s Department of Chemistry and Chemical Biology.

The license agreement grants Kyulux the right to use the copyrighted software in the discovery of materials for display and lighting applications. Coordinated by the Harvard Office of Technology Development (OTD), the agreement puts the innovative platform to work in the development of useful new products, in a company that is now expanding its presence in the Boston area.

“Our screening software has great potential to really change the nature of materials discovery in commercial R&D,” said Aspuru-Guzik. “As new cheminformatics and machine-learning methods are adopted across fields that have been limited by computational cost or manpower, it will open up a wide realm of new technological possibilities.”

Kyulux specializes in organic light emitting diode (OLED) technology, which uses organic molecules that emit light when an electric current is applied. In general, display screens made with OLEDs have certain advantages over the ubiquitous liquid crystal displays (LCDs). For example, OLED screens don’t require a backlight, meaning the display can be as thin and flexible as a sheet of plastic. Individual pixels can be switched on or entirely off, dramatically improving the screen’s color contrast and energy consumption. OLED screens are already replacing LCDs in high-end consumer devices, and with the right materials, they could soon find their way into new types of products.

“TADF molecules require very complicated material design rules to achieve highly efficient emission and long lifetimes for commercialization,” said Junji Adachi, CTO of Kyulux. “The Molecular Space Shuttle enables us to access a wide variety of molecules which we have not designed yet within a short period. This is a key technology for enhancing the competitiveness of Kyulux.”

The Harvard platform’s capabilities were demonstrated in a Nature Materials paper published last week, on August 8. In that paper, researchers at Harvard, Samsung Advanced Institute of Technology, and MIT used the Molecular Space Shuttle to identify a promising set of organic molecules that efficiently emit blue light for use in low-cost OLED displays.

“We were able to model these molecules in a way that was really predictive,” said Rafael Gómez-Bombarelli, a postdoctoral fellow in Aspuru-Guzik’s research group and first author of the paper. “We could predict the color and the brightness of the molecules from a simple quantum chemical calculation and about 12 hours of computing per molecule.”

From a field of over 1.6 million candidate molecules, the screening software helped the research team rapidly identify several hundred molecules that fit the design parameters, using only simulation rather than laboratory experiments. OTD has filed a portfolio of patent applications on the molecules themselves and is considering commercialization opportunities for these in OLED displays.

Except for display and lighting applications, which Kyulux is pursuing, the Molecular Space Shuttle will be available for additional licensing to the broad range of industries that seek to identify candidate molecules for new technologies.

Aspuru-Guzik said the latest research is “an intermediate stop in a trajectory towards more and more advanced organic molecules that could be used in flow batteries, solar cells, organic lasers, and more.”

“The future of accelerated molecular design is really, really exciting,” he said.

“Kyulux is excited to be able to incorporate the capabilities of these researchers,” said Christopher Savoie, CEO of Kyulux. “Kyulux has assembled one of the finest teams of organic chemists and device physicists in the OLED field in the world. Adding the incoming team and the Molecular Space Shuttle will allow us to rapidly accelerate our discovery and commercialization of the next generation of OLED materials.”

Development of the screening software was supported in part by OTD’s Physical Sciences & Engineering Accelerator. The targeted funding helped the Harvard research team advance their initial ideas to the proof-of-concept stage, culminating in the validating results published in Nature Materials last week and the technology license with Kyulux.

“This outcome is a great example of what we’re achieving with the Physical Sciences & Engineering Accelerator at Harvard,” said Sam T. Liss, a director of business development in OTD. “As a result of funding from the Accelerator, this software platform was developed to the stage where it was ready to be commercialized to address one of the most challenging problems in material discovery.”

Adapted in part from an earlier news release on the research publication, from Harvard John A. Paulson School of Engineering and Applied Sciences.