Abstract: Methods, apparatuses, systems, and devices relating to fabricating one or more nanowires are disclosed. One method for fabricating a nanowire includes: selecting a particular wavelength of electromagnetic radiation for absorption for a nanowire; determining a diameter corresponding to the particular wavelength; and fabricating a nanowire having the determined diameter. According to another embodiment, one or more nanowires may be fabricated in an array, each having the same or different determined diameters. An image sensor and method of imaging using such an array are also disclosed.

Abstract: The ability to assemble three-dimensional structures using diamagnetic particles suspended in solutions containing paramagnetic cations is described. The major advantages of this separation device are that: (i) it is a simple apparatus that does not require electric power (a set of permanent magnets and gravity are sufficient for the diamagnetic separation and collection system to work); ii) the assembled structures can be removed from the paramagnetic solution for further processing after fixing the structure; iii) the assembly is fast; and iv) it is small, portable.

Abstract: The present invention provides methods and devices for the fabrication of 3D polymeric fibers having micron, sub-micron, and nanometer dimensions, as well as methods of use of these polymeric fibers.

Jose A. Halperin and Huseyin Aktas

Abstract: Exemplary method and system can be implemented and/or used for providing a diffractive configuration in an optical arrangement can be provided. For example, an elastomeric material can be provided with at least one patterned surface. The elastomeric material can be connected with at least one portion of a waveguide arrangement using a pre-polymer adhesive composition. Further, the pre-polymer adhesive composition can be caused to polymerize so as to form the diffractive configuration which at least approximately replicate a structure or at least one feature of an elastomeric mold.

Michael Chorev and Jose A. Halperin

Abstract: Provided herein are compounds of the formula (I): as well as pharmaceutically acceptable salts thereof, wherein the substituents are as those disclosed in the specification. These compounds, and the pharmaceutical compositions containing them, are useful for the treatment of malaria. [Structure] 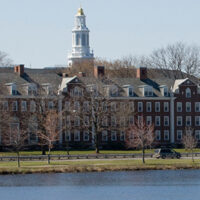