Abstract: This disclosure provides methods for generating super-resolution patterns of molecules on substrates. In one aspect, disclosed herein is a method comprising contacting a plurality of transiently binding nucleic acid probes to their respective targets wherein the targets are immobilized on a substrate, detecting a binding event in a select region or set of select regions within a diffraction limited region of the substrate, and irradiating the diffraction limited region of the substrate, wherein the probes comprise a photocrosslinker. In one embodiment, the photocrosslinker is 3-cyanovinylcarbazole.

Abstract: The disclosure relates to genetic engineered bacteria having a genetic memory circuit, compositions thereof, formulations thereof, methods of analyses and method of treatment of conditions related to the gastrointestinal tract including the mouth and the stomach.

Abstract: A curved surface is placed tangent to a slide and displaces a sample liquid from the point or line of contact outward. Imaging indicates a region where fluorescence is observed, and the location of the fluorescence indicates the molecular size. The radius of curvature of the lens is known, the distance from the (center) point of contact of the observed fluorescence is measured with a microscope and the distance of the lens surface to the slide's surface can then be calculated. This distance represents the size of the molecule or ensemble of molecules emitting. Similarly, absorbance, etc. could be measured with a light source below the slide.

Abstract: A method and apparatus for delivering one or more fluids. Fluids may be delivered from a common vessel to a chemical, biological or biochemical process.

Abstract: The instant invention provides photolysable compounds, and their use in reversible chemical induced dimerization and light-induced regulation of proteins.

Abstract: Methods, reagents, compositions, and kits for in situ interaction determination (ISID) via interaction-dependent polymerase chain reaction (ID-PCR) are provided herein. ISID technology is useful for rapidly evaluating potential small molecule-target interactions from mixtures in a single solution. ISID is compatible with unpurified targets in biological samples and can be used to evaluate ligand-binding in DNA-encoded chemical libraries in cell lysates. ISID is also useful to screen ligand interactions of proteins or other molecules in their native state, including their native post-translational modifications and any interactions with accessory proteins and metabolites, in ways that better reflect their relevant biological environment. Because ISID is compatible with crude cell lysates, difficult-to-purify, poorly soluble, intrinsically unstable, and aggregation-prone targets may also be compatible with this method, without requiring truncation or other strategies used to promote heterologous expression.

Abstract: HDAC inhibitors of the general formula (I) and (II) and pharmaceutically acceptable salts thereof, as described herein, are useful as inhibitors of histone deacetylases or other deacetylases, and thus are useful for the treatment of various diseases and disorders associated with acetylase/deacetylase activity as described herein (e.g., cancer). In certain embodiments, the compounds of the invention selectively target either a class or isoform of the HDAC family. Another aspect of the invention provides an assay for determining the inhibitory effect of a test compound on an HDAC protein comprising: incubating the HDAC protein with a substrate of general formula (IIIc) in the presence of a test compound; and determining the activity of the HDAC protein.

Abstract: In various embodiments, training objects are classified by human annotators, psychometric data characterizing the annotation of the training objects is acquired, a human-weighted loss function based at least in part on the classification data and the psychometric data is computationally derived, and one or more features of a query object are computationally classified based at least in part on the human-weighted loss function. 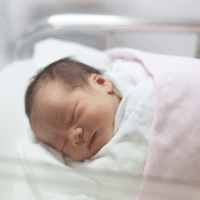