August 17, 2015 – Harvard Business School (HBS) has named its 2015-2016 Blavatnik Fellows in Life Science Entrepreneurship. These Fellows, four outstanding HBS alumni who graduated from the School no more than seven years ago, will work with inventors from Harvard University’s research laboratories to promote the commercialization of innovative life science-oriented technologies with significant market potential.

The Blavatnik Fellowship Program, which admits up to five exceptional individuals each year through a competitive application process, was created in 2012 as part of a $50 million gift to Harvard University from the Blavatnik Family Foundation, headed by Len Blavatnik (MBA 1989). The launch of the Fellowship Program was the beginning of a major initiative to expedite new ventures via the Blavatnik Biomedical Accelerator, which identifies and supports early-stage, highly promising technologies from Harvard University. The Fellows work closely with inventors through Harvard’s Office of Technology Development to determine the best route for the commercialization of a product.

Jeffrey Engler (MBA 2011) has a background in product development and medical devices. Most recently, he was cofounder of Podimetrics, a medical device startup that aims to keep diabetic feet healthy. Previously, he cofounded MatchLend, a financial services startup. Before business school, Engler worked for Unitus, a microfinance nonprofit, and Lehman Brothers. He is currently an Entrepreneur in Residence at Rock Health, a digital health seed fund. He has a BA in history from Columbia. 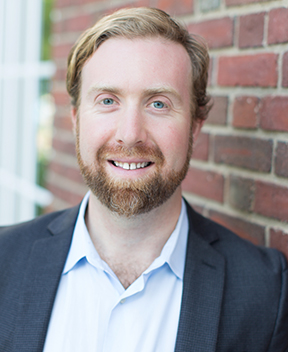 James McLaughlin (MBA 2011) has a background in biotech entrepreneurship and investing. Previously, he worked in life science venture capital at Advanced Technology Ventures (ATV) and Third Rock Ventures (TRV), where he focused on novel rare disease therapeutics. While at TRV, he cofounded Voyager Therapeutics, an adeno-associated virus gene therapy company, where he led operations for the first year after initial venture capital funding had been obtained. Before that, he ran a research and development group focusing on retinal disease and was involved in business development at Ora Inc., a full-service ophthalmic clinical research and product development firm. Most recently, he founded Pathfinder Biologics, an early-stage biotechnology company in Cambridge, Mass. He holds a bachelor’s degree from Colby College. 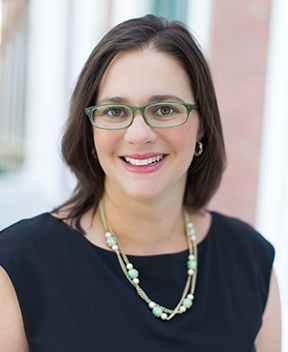 Theresa Tribble (MBA 2009) comes to the Blavatnik Fellowship from SynapDx, an autism diagnostics company, where she served most recently as vice president of commercial strategy. As part of the founding team, she was involved in a number of areas, including marketing, communications, clinical collaborations, business development, product planning, and operations. Tribble started her career at Putnam Associates, which provides strategy consulting services to the pharmaceutical, biotechnology, and medical device industries. She is on the board of the New England chapter of Autism Speaks. She studied English and political science at Wellesley College. 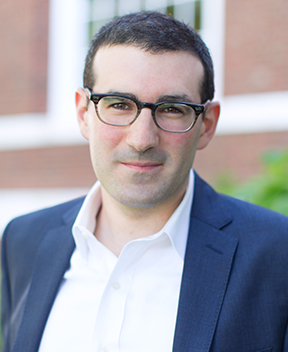 Barry Wohl (MBA 2014) has diverse operating and strategic planning experience in both the medical device and biopharma sectors. He started his career with Medtronic, where he worked as a product design engineer and later as a global clinical trial lead on a variety of vascular and cardiac rhythm implantable devices, many of which went on to capture significant market share. During his time at HBS, Wohl worked on corporate and portfolio strategy at Biogen. Most recently, he worked with global biotech firms of all sizes and development stages as a strategy consultant with IMS Consulting Group and concurrently in a sell-side transaction advisory role with IMS Health Capital. He also cofounded Respira Design, a social enterprise to develop low-cost medical technology for the treatment of respiratory conditions in the developing world, which won the Stanford BASES social enterprise competition. Wohl holds a BS in biomedical engineering, magna cum laude, from Columbia, an MS in mechanical engineering from Stanford.

Based in the Harvard Innovation Lab (i-lab), a center of entrepreneurial activity from across the University, Blavatnik Fellows become part of the HBS and University communities. In addition, they have regular access to industry leaders in Boston’s business, biomedical, and life science communities who are willing to serve as mentors during their fellowship year.

During the year, the program provides education and interaction in a wide variety of areas, including strategy, R&D management, intellectual property, regulatory affairs, business development, and entrepreneurial financing. Fellows work to complete business plans and secure funding and, where appropriate, to join and develop founding teams of new ventures.

Previous Blavatnik Fellows have found success in their entrepreneurial ventures.

Alexandra Dickson (MBA 2013), a 2014-15 Fellow, launched a startup called LuminOva to commercialize technology developed in another Harvard lab that may improve the success rate of assisted reproductive technologies such as in-vitro fertilization. LuminOva won both the 2015 HBS Association of Boston New Venture Program competition and the Harvard Deans’ Health and Life Sciences Challenge and is now a MassChallenge finalist.

Ridhi Tariyal (MBA 2009), a 2013-14 Fellow, is a cofounder of NextGen Jane, a women’s health company aiming to commercialize a tampon that tracks biomarkers and sends health data to a smartphone.

Editas was formed in November 2013 to develop genomic editing technologies licensed from medical research labs at Harvard University, Massachusetts General Hospital, and the Broad Institute of MIT and Harvard. 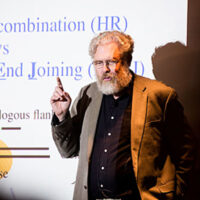