Abstract: Some aspects of this disclosure provide compositions, methods, systems, and kits for controlling the activity and/or improving the specificity of RNA-programmable endonucleases, such as Cas9. For example, provided are guide RNAs (gRNAs) that are engineered to exist in an "on" or "off" state, which control the binding and hence cleavage activity of RNA-programmable endonucleases.

Abstract: A hyperelastic, soft microfluidic film measures bending curvature using a novel non-differential mechanism. Disclosed embodiments of the elastomer-based solution allows for curvature sensing directly on a bending plane and thus eliminates limitations imposed by strain gauge factor (GF) and sensor thickness (Z). Due to soft lithography microfabrication and design methods the disclosed curvature sensors are elastically soft (modulus 0.1-1 MPa) and stretchable (100-1000% strain). In contrast to existing curvature sensors that measure differential strain, embodiments of the present invention measures curvature directly and allows for arbitrary gauge factor and film thickness. Moreover, the sensor is composed entirely of soft elastomer (PDMS or Ecoflex® and conductive liquid (eutectic gallium indium, (eGaIn)) and thus remains functional even when stretched to several times its natural length. Electrical resistance in the embedded eGaIn microchannel is measured as a function of bending curvature for a variety of sensor designs.

Abstract: Microstructured hybrid actuator assemblies in which microactuators carrying designed surface properties to be revealed upon actuation are embedded in a layer of responsive materials. The microactuators in a microactuator array reversibly change their configuration in response to a change in the environment without requiring an external power source to switch their optical properties.

Abstract: The present invention provides for a novel lipokine, C16:1n7-palmitoleate, which also serves as a biomarker for metabolic status. More specifically, a low concentration of C16:1n7-palmitoleate in the free fatty acid component of the serum indicates a risk of metabolic disease, and that de novo lipogenesis should be stimulated. Additionally, administering C16:1n7-palmitoleate to a subject (via nutraceutical or other means), positively impacts lipid metabolism.

Abstract: Provided herein are methods and compositions for enhancing the cognitive performance of a subject in need thereof. A method may include administering to a subject an agent that increases the level of protein or activity of a sirtuin, such as SIRT1.

Abstract: A laser source based on a quantum cascade laser array (QCL), wherein the outputs of at least two elements in the array are collimated and overlapped in the far field using an external diffraction grating and a transform lens. 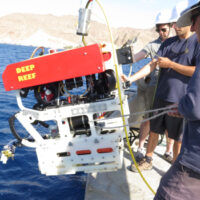