Abstract: The invention provides systems, methods, reagents, apparatuses, vectors, and host cells for the continuous evolution of nucleic acids. For example, a lagoon is provided in which a population of viral vectors comprising a gene of interest replicates in a stream of host cells, wherein the viral vectors lack a gene encoding a protein required for the generation of infectious viral particles, and wherein that gene is expressed in the host cells under the control of a conditional promoter, the activity of which depends on a function of the gene of interest to be evolved. Some aspects of this invention provide evolved products obtained from continuous evolution procedures described herein. Kits containing materials for continuous evolution are also provided. 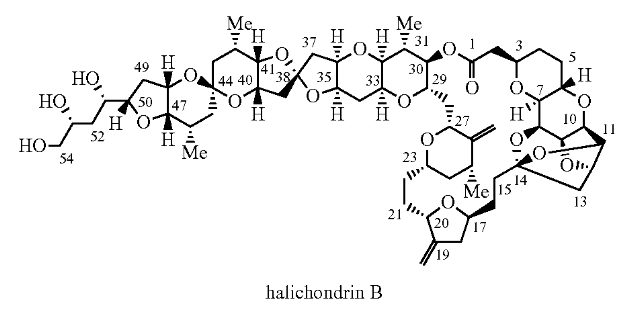 Abstract: Solution of a problem of determining values of a set of N problem variables x, makes use of a quantum processor that has a limited number of hardware elements for representing quantum bits and/or limitations on coupling between quantum bits. A method includes accepting a specification of the problem that includes a specification of a set of terms where each term corresponds to a product of at least three variables and is associated with a non-zero coefficient. A set of ancilla variables, each ancilla variable corresponding to a pair of problem variables, is determined by applying an optimization procedure to the specification of the set of the terms. The accepted problem specification is then transformed according to the determined ancilla variables to form a modified problem specification for use in configuring the quantum processor and solution of problem.

Abstract: A soft material retractor includes at least two soft actuators, each actuator having at least one pressurizable interior space, wherein the actuator has a first flexible resting state and a second stiffer pressurized state; and a flexible sheet spanning the actuators such that the actuators can be spaced apart from each other by a distance selected to displace a volume of material of a body cavity. The retractor can be uses for holding open wounds or incisions, with trochars, or to displace anatomical features such as organs within a body cavity.

Abstract: Described herein are methods of modulating autophagic targeting of ferritin in a cell, wherein the method comprises modulating the level and/or activity of nuclear receptor coactivator 4 (NCOA4) in the cell. Also provided are related methods of treatment.

Abstract: A fully confined dual frequency optical resonator configured for optical coupling to light having a first frequency ω1. The dual frequency optical resonator includes a plurality of alternating layer pairs configured in a grating configuration, each layer pair having a first layer formed of a first material and a second layer formed of a second material, the first material and second material being different materials. Each layer having a thickness different than a thickness of an adjacent layer to provide thereby aperiodic layer pairs, the thicknesses of adjacent layers being selected to create, via wave interference with each layer, optical resonances at the first frequency ω1 and a second frequency ω2 which is a harmonic of ω1, and to ensure a maximum spatial overlap between confined modes over the materials such that an overall quality factor Q of at least 1000 is achieved.

Abstract: Disclosed herein is an improved method for magnetic capture of target molecules (e.g., microbes) in a fluid. Kits and solid substrates for carrying the method described herein are also provided. In some embodiments, the methods, kits, and solid substrates described herein are optimized for separation and/or detection of microbes and microbe-associated molecular pattern (MAMP) (including, e.g., but not limited to, a cell component of microbes, lipopolysaccharides (LPS), and/or endotoxin).

Abstract: The present invention generally provides semiconductor substrates having submicron-sized surface features generated by irradiating the surface with ultra short laser pulses. In one aspect, a method of processing a semiconductor substrate is disclosed that includes placing at least a portion of a surface of the substrate in contact with a fluid, and exposing that surface portion to one or more femtosecond pulses so as to modify the topography of that portion. The modification can include, e.g., generating a plurality of submicron-sized spikes in an upper layer of the surface. 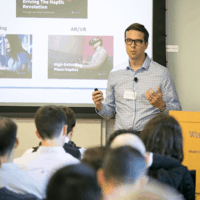