Abstract: Described herein are methods of inhibiting mitosis, treating cancer and/or treating immune disorders through the use of agents that inhibit FAT 10 and/or the FAT 10 pathway.

Abstract: The present invention generally relates to nanoscale wires for use in sensors and other applications. In various embodiments, a probe comprising a nanotube (or other nanoscale wire) is provided that can be directly inserted into a cell to determine a property of the cell, e.g., an electrical property. In some cases, only the tip of the nanoscale wire is inserted into the cell; this tip may be very small relative to the cell, allowing for very precise study. In some aspects, the tip of the probe is held by a holding member positioned on a substrate, e.g., at an angle, which makes it easier for the probe to be inserted into the cell. The nanoscale wire may also be connected to electrodes and/or form part of a transistor, such that a property of the nanoscale wire, and thus of the cell, may be determined. Such probes may also be useful for studying other samples besides cells. Other aspects of the invention are generally directed to methods of making or using such probes, kits involving such probes, devices involving such probes, or the like.

Fabrication of nanopores in atomically-thin membranes by ultra-short electrical pulsing
U.S. Patent 9,656,293 (May 23, 2017)

Abstract: The invention provides natural IgM antibody inhibitors that may be used to treat various inflammatory diseases or disorders.

Abstract: Disclosed are methods for detecting demineralization of a surface of a tooth, comprising a) contacting the tooth of a subject with an orally acceptable, binding composition comprising a binding agent that binds to a demineralized surface of the tooth; b) removing unbound binding compound; c) contacting the tooth with an orally acceptable, detector composition comprising a probe compound that reacts with the binding agent to form a visually detectable reaction product; and d) detecting formation of the reaction product as an indication of the presence or extent of surface demineralization of the tooth. Systems, kits, and compositions for practicing the methods are also provided.

Abstract: The present invention relates to systems and methods for the arrangement of droplets in pre-determined locations. Many applications require the collection of time-resolved data. Examples include the screening of cells based on their growth characteristics or the observation of enzymatic reactions. The present invention provides a tool and related techniques which addresses this need, and which can be used in many other situations. The invention provides, in one aspect, a tool that allows for stable storage and indexing of individual droplets. The invention can interface not only with microfluidic/microscale equipment, but with macroscopic equipment to allow for the easy injection of liquids and extraction of sample droplets, etc.

Lateral flow and flow-through bioassay devices based on patterned porous media, methods of making same, and methods of using same
U.S. Patent 9,664,679 (May 30, 2017) 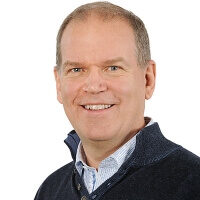