Abstract: In one aspect, a method of processing a semiconductor substrate is disclosed, which comprises incorporating at least one dopant in a semiconductor substrate so as to generate a doped polyphase surface layer on a light-trapping surface, and optically annealing the surface layer via exposure to a plurality of laser pulses having a pulsewidth in a range of about 1 nanosecond to about 50 nanoseconds so as to enhance crystallinity of said doped surface layer while maintaining high above-bandgap, and in many embodiments sub-bandgap optical absorptance.

Abstract: Metalenses and technologies incorporating the same are disclosed. In some embodiments, the metalenses are in the form of a hybrid multiregion collimating metalens that includes a first region and a second region, wherein the hybrid multiregion collimating metalens is configured to collimate (e.g., visible) light incident thereon. In some instances the first region includes an array of first unit cells that contain subwavelength spaced nanostructures, such that the first region functions as a subwavelength high contrast grating (SWHCG), whereas the second region includes an array of second unit cell, wherein the array of second unit cells includes a near periodic annular arrangement of nanostructures such that the second region approximates the functionality of a locally periodic radial diffraction grating. Lighting devices including such metalenses are also disclosed.

Abstract: Methods of making a three-dimensional matrix of nucleic acids within a cell is provided. 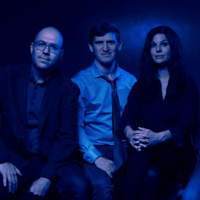