Organisms such as cacti and desert beetles can survive in arid environments because they’ve evolved mechanisms to collect water from thin air. The Namib desert beetle, for example, collects water droplets on the bumps of its shell while V-shaped cactus spines guide droplets to the plant’s body.

As the planet grows drier, researchers are looking to nature for more effective ways to pull water from air. Now, a team of researchers from the Harvard John A. Paulson School of Engineering and Applied Sciences (SEAS) and the Wyss Institute for Biologically Inspired Engineering at Harvard University have drawn inspiration from these organisms to develop a better way to promote and transport condensed water droplets.

“Everybody is excited about bioinspired materials research,” said Joanna Aizenberg, the Amy Smith Berylson Professor of Materials Science at SEAS and core faculty member of the Wyss Institute. “However, so far, we tend to mimic one inspirational natural system at a time. Our research shows that a complex bio-inspired approach, in which we marry multiple biological species to come up with non-trivial designs for highly efficient materials with unprecedented properties, is a new, promising direction in biomimetics.”

The new system, described in Nature, is inspired by the bumpy shell of desert beetles, the asymmetric structure of cactus spines and slippery surfaces of pitcher plants. The material harnesses the power of these natural systems, plus Slippery Liquid-Infused Porous Surfaces technology (SLIPS) developed in Aizenberg’s lab, to collect and direct the flow of condensed water droplets.

This approach is promising not only for harvesting water but also for industrial heat exchangers.

“Thermal power plants, for example, rely on condensers to quickly convert steam to liquid water,” said Philseok Kim, co-author of the paper and co-founder and vice president of technology at SEAS spin-off SLIPS Technologies, Inc. “This design could help speed up that process and even allow for operation at a higher temperature, significantly improving the overall energy efficiency.”

Read the entire article, and see the material in action, at Harvard Paulson School 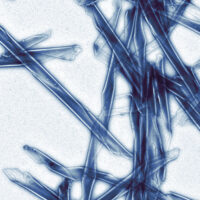