Abstract: The present invention is directed to a composite laminar material with high mechanical strength and methods of fabricating the material. The invention also provides a method of attaching a medical implant device to tissue.

Abstract: A computer system for generating a diagnostic tool by applying artificial intelligence to an instrument for diagnosis of a disorder, such as autism. For autism, the instrument can be a caregiver-directed set of questions designed for an autism classification tool or an observation of the subject in a video, video conference, or in person and associated set of questions about behavior that are designed for use in a separate autism classification tool. The computer system can have one or more processors and memory to store one or more computer programs having instructions for generating a highly statistically accurate set of diagnostic items selected from the instrument, which are tested against a first test using a technique using artificial intelligence and a second test against an independent source. Also, a computer implemented method and a non-transitory computer-readable storage medium are disclosed. 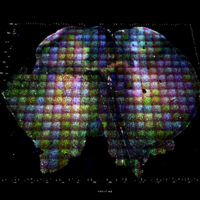