Harvard faculty researchers are at the forefront of life science and biomedical innovation.

Take note: a major aspect of the Blavatnik Biomedical Accelerator's suite of support is the access to industry consultants, available to Harvard faculty regardless of project funding.

In addition, the Accelerator can connect emerging startups with external resources, such as Golden Ticket opportunities — please reach out.

Could your research benefit from Accelerator funding?

The Request for Proposals for funding in 2022 is now available. Download the PDF for more information about the program's mission, application criteria, and helpful guidelines.

The Accelerator has been indispensable in helping me in the translation process for a number of my technologies, especially by providing support for medicinal chemistry, which was essential to design and make compounds to advance my work.

Bringing innovative new technologies to market doesn’t just require dogged scientific research—it requires deep experience in product development as well. So in addition to project funding, the Blavatnik Biomedical Accelerator provides access to specialized consultants with extensive industry experience, as well as to a network of 100+ contract research organizations (CROs) that can be engaged for projects as needed. The Blavatnik Biomedical Accelerator makes these resources available to Harvard faculty regardless of project funding. If you are a Harvard principal investigator, please contact us at blavatnik_accelerator@harvard.edu to learn more. 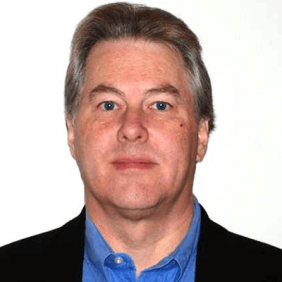 Dr. Bleavins is the founder and managing member of White Crow Innovation, LLC, a Michigan-based drug development consulting company. He provides options, strategy, and GLP/GCP support to biotechnology companies, primarily in the Cambridge-Boston area. Mike currently supports programs in gene therapy, oncology, autoimmunity, infectious disease, metabolic disease, and CNS diseases for a variety of Massachusetts, California, and New York virtual and brick-mortar companies. Mike has more than 30 years of experience in preclinical and clinical testing to support non-traditional regulatory filings, and the bridging of mechanistic findings from animals to humans. Mike entered pharmaceutical development at Warner-Lambert/Parke-Davis and retired from Pfizer in 2006. He was responsible for preclinical and clinical laboratory operations including biomarkers, clinical pathology, cell biology, molecular biology, immunotoxicology, translational medicine, live-cell imaging, genetic toxicology, investigative pathology, histology, pharmacogenomics, metabonomics, and biochemistry. He has more than 65 publications in these areas and supported approval of Lyrica®, Neurontin®, Nipent®, Lipitor®, Rezulin®, and Cognex®. He holds dual PhDs in Environmental Toxicology and Animal Science from Michigan State University, with postdoctoral fellowships at the University of Wisconsin-Madison and General Motors Biomedical Sciences Laboratories and is a Diplomat of the American Board of Toxicology. 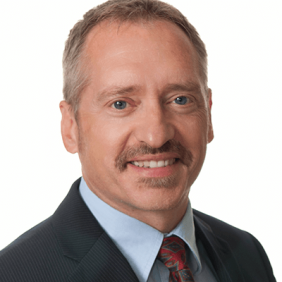 Dr. Brubaker is the founder and President of Farmington Pharma Development Corporation. He has more than 30 years of international experience leading scientific teams...

Following his Ph.D. (chemistry, VPI and SU), and post-doctoral fellowship (medicinal chemistry, Yale), he spent five years in Drug Metabolism at Ciba-Geigy (U.S./Switzerland). During ten years at Bayer (U.S./Germany) he held positions of increasing responsibility, including Director of Preclinical Drug Metabolism. He joined Memory Pharmaceuticals as Executive Director, Preclinical Development in 2000. In 2004, he established his independent consultancy, Farmington Pharma Development. From 2010 to 2012, Bill was Senior Director of Nonclinical Development for Orphan and Genetic Diseases at Pfizer, with responsibility for due diligence of in-licensing opportunities. In 2014, as CEO he led Bikam Pharmaceutical’s adRP program to a successful acquisition by Shire.

His guidance has been pivotal in the advancement of dozens of diverse programs, and in the realization of successful regulatory filings, program partnerships and whole company acquisitions. 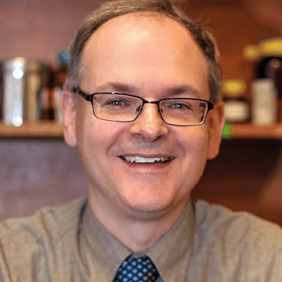 Dr. Cuny provides strategic and operational consultation in the area of medicinal chemistry. He obtained his PhD in Organic Chemistry from MIT...

Dr. Cuny provides strategic and operational consultation in the area of medicinal chemistry. He obtained his PhD in Organic Chemistry from MIT under the mentorship of Steve Buchwald. He worked in industry for nine years, including 3M and Sepracor (now Sunovion Pharmaceuticals Inc.), before returning to academics at Brigham & Women’s Hospital and Harvard Medical School. In 2012, he moved to the University of Houston’s College of Pharmacy where his research focus is in medicinal chemistry optimization and the synthesis and pharmacological study of natural products. 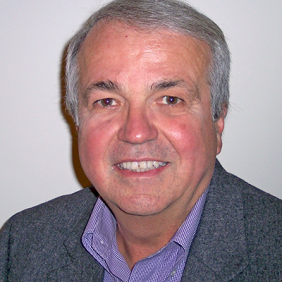 Dr. Garvey is the founder and Principal of DSG Pharma Consulting, LLC. Dr. Garvey has over 30 years of experience in drug discovery and pre-clinical development...

Dr. Garvey is the founder and Principal of DSG Pharma Consulting, LLC. Dr. Garvey has over 30 years of experience in drug discovery and pre-clinical development at both large pharmaceutical as well as biotech startup companies. Most recently, as a consultant, he has worked with corporate, academic and venture capital clients in all phases of drug discovery research and process development, intellectual property and licensing. Prior to this he was the Vice President of Chemistry at Bikam Pharmaceuticals where he was responsible for medicinal and process chemistry as well as molecular modeling. Prior to Bikam, he founded and built the chemistry at NitroMed Inc. Dr. Garvey was a key member of the management team establishing research collaborations with large pharmaceutical and medical device companies utilizing the company’s technology. He began his professional career at Abbott Laboratories, Pharmaceutical Division and led chemistry groups targeting therapies in multiple areas. Dr. Garvey has extensive knowledge of neurodegenerative, cardiovascular, metabolic, infectious, and ophthalmologic disease and has had seven compounds enter clinical development from the chemistry programs that he has led. Dr. Garvey received his Ph.D. in Organic Chemistry from the Massachusetts Institute of Technology. He is the author of over 100 publications and presentations and is an inventor on 97 approved US patents. 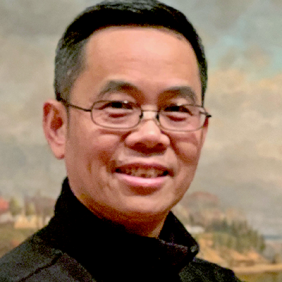 Dr. Lee is the founder and President of Sage Partner International, LLC. He is also co-founder and Chief Scientific Officer of Scilligence Corporation...

Dr. Lee is the founder and President of Sage Partner International, LLC. He is also co-founder and Chief Scientific Officer of Scilligence Corporation. Dr. Lee has more than 20 years of experiences in drug discovery and development in both pharmaceutical and biotech companies with senior leadership positions. Most recently as the Head of Chemistry at Ensemble Therapeutics, he was responsible for molecule modeling/cheminformatics, medicinal chemistry, process chemistry, and analytical chemistry. Prior to Ensemble Therapeutics, Dr. Lee led multi-discipline teams including medicinal chemists, X-ray crystallographers, molecular modelers, pharmacologists and DMPK scientists at Wyeth Pharmaceuticals. He has also worked at Boehringer Ingelheim Pharmaceuticals in the areas of medicinal chemistry and combinatorial chemistry. Dr. Lee has in-depth knowledge in multiple diseases areas including oncology, metabolic diseases, neurodegenerative diseases, infectious diseases, and inflammatory and autoimmune diseases. He is an expert in research informatics, medicinal chemistry, structure-based drug design and prodrug design. Dr. Lee received his Ph.D. degree in Organic Chemistry from Princeton University. He was the year 1997 recipient of Roche Award for Excellence in Organic Chemistry. Dr. Lee has many publications in prestigious scientific journals and holds a number of patent/patent applications. He has been an invited speaker in numerous drug discovery and scientific conferences. 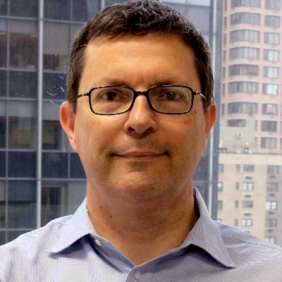 Dr. McDonald is the Owner and Principal of Sota Biotech, a consulting firm providing advice and hands-on work for bench-to-bedside product development programs...

Dr. McDonald is the Owner and Principal of Sota Biotech, a consulting firm providing advice and hands-on work for the bench-to-bedside product development programs of startup biotechnology companies and non-profit institutions. His 25-year career in biotechnology R&D, manufacturing, quality management, project management, and IND regulatory affairs includes extensive experience and expertise with cell and gene therapy product development and clinical trials manufacturing, holding leadership positions for more than 15 such products achieving FDA IND clearance and reaching human clinical studies. This experience was as a Director of Analytical Development and Services for the tissue engineering company Ortec International followed by 17 combined years at Memorial Sloan Kettering Cancer Center and Weill Cornell Medical Center. As a product development consultant, Dr. McDonald works with executives to design programs and set strategy, and with scientific staff to conduct IND-enabling studies and manufacturing. Dr. McDonald was trained as a chemist, analytical biochemist, and enzymologist, and holds a Ph.D. degree in Biomedical Sciences. 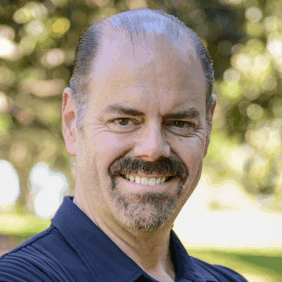 Peter Rix is President of Launch Bioscience, Inc. and a diplomate of the American Board of Toxicology. During his 28 years in the pharmaceutical industry... 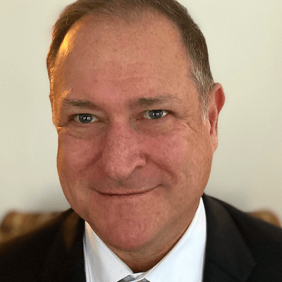 Dr. Simon has over 20 years of experience focused on the development of biotherapeutics for neurology, oncology, autoimmunity, fibrosis, and infectious disease...

Dr. Simon has over 20 years of experience focused on the development of biotherapeutics for neurology, oncology, autoimmunity, fibrosis, and infectious disease.

Dr. Simon previously worked at Biogen and Abbvie Pharmaceuticals where he gained extensive experience in biologics drug development from target identification and discovery through IND approval and post-marketing risk mitigation. He led multidisciplinary teams driving the transition from concept to discovery research, manufacturing, preclinical and clinical development of a wide variety of monoclonal and bispecific antibody therapeutics. He has extensive experience in antibody discovery and engineering for the development of biotherapeutics including improving the molecular characteristics of biologics for clinical use.

Dr. Simon received his Ph.D. degree in Molecular and Cellular Biology from SUNY Stonybrook and Cold Spring Harbor Laboratory and completed his postdoctoral training at the Salk Institute for Biomedical Research. Dr. Simon has over 25 publications in prestigious scientific journals and 11 patents/patent applications.