Abstract: An improved device and method for extended repair and regeneration of muscle tissue. An exemplary device comprises (a) a scaffold comprising an ECM component; (b) a combination of growth factors such as VEGF and IGF; and (c) a population of myogenic cells. Implantation of the device leads to muscle regeneration and repair over an extended period of time.

Abstract: The present invention is directed to methods for the treatment or prevention of starvation in a cell, e.g., a neuronal cell, and methods for the treatment and prevention of disorders associated therewith by the administration of an agent, e.g., a nucleic acid molecule, which enhances the intracellular generation and/or uptake of glucose, pyruvate, lactate, and/or NADPH.

Abstract: The present invention relates to trioxacarcin compounds of the formula: 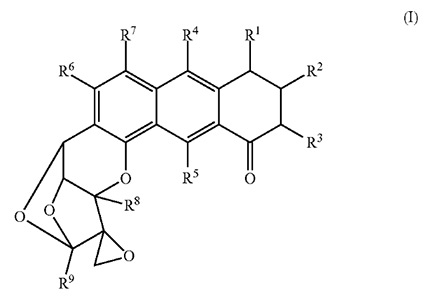 Abstract: The present invention provides a new type of alpha-helix nucleating cross-link ("staple") formed by olefin metathesis of a proline derivative with an alkenyl side chain and another amino acid derivative with an alkenyl side chain. The proline derivatives as described herein have been found to be strong nucleators of alpha-helix formation. The invention also provides moieties for shielding the free amide N—H's at the N-terminus of an alpha-helix, thereby further stabilizing the helix. The proline derivatives, precursors prior to cross-linking, and the cross-linked peptides are provided as well as methods of using and preparing these compounds and peptides.

Abstract: The invention provides compositions and methods relating to self-assembly of structures of various size and shape complexity. The composition include synthetic single-stranded polymers having a backbone and pre-determined linear arrangement of monomers.

Abstract: Methods and compositions for amplifying the whole genome of a single cell are provided.

Abstract: Methods and articles disclosed herein relate to liquid repellant surfaces having selective wetting and transport properties. An article having a repellant surface includes a substrate comprising surface features with re-entrant curvature and an immobilized layer of lubricating liquid wetting over the surface features. The surface features with re-entrant curvature can be designed to provide high repellency even after failure or removal of the immobilized layer of lubricating liquid under certain operating conditions.

Missing ingredients for cancer immunotherapy may be found in the gut 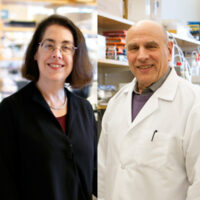