Abstract: Provided herein are methods and compositions for displaying a polypeptide on a tubular structure and uses of such displayed polypeptides in the production of antibodies or vaccines.

Abstract: Provided herein are filtration membranes, method of manufacturing said membranes and use of such membranes for the removal of substances from fluids or substances.

Abstract: Disclosed herein are methods of treating or preventing a viral infection resulting from infection by a flavivirus, comprising administering to a subject a small molecule inhibitor of USP14, represented by Formula (I) or a pharmaceutically acceptable salt, solvate, hydrate, prodrug, chemically-protected form, enantiomer or stereoisomer thereof, and pharmaceutical compositions comprising an effective amount of a compound of Formula (I) for use in the method.

Abstract: A three-dimensional porous photonic structure, whose internal pore surfaces can be provided with desired surface properties in a spatially selective manner with arbitrary patterns, and methods for making the same are described. When exposed to a fluid (e.g., via immersion or wicking), the fluid can selectively penetrate the regions of the structure with compatible surface properties. Broad applications, for example in security, encryption and document authentication, as well as in areas such as simple microfluidics and diagnostics, are anticipated. 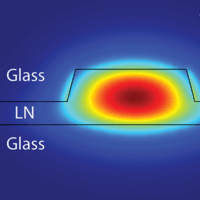