Abstract: Disclosed herein are methods of treating cancer in a subject, and methods for inhibiting growth, migration and/or invasion of a cancer cell in the subject, comprising administering to the subject a therapeutically effective amount of an antibody or antigen binding fragment thereof that downmodulates Fzd2. The antibody may specifically bind Fzd2, and may promote internalization of the Fzd2 receptor by the cancer cells and/or prevent ligand binding to Fzd2. Specific antibodies, and also specific portions of the Fzd2 molecule for antibody binding are disclosed. In one embodiment the antibody specifically binds to the epitope HGAEQICVGQNHSEDGAPAL (SEQ ID NO: 1). Specific cancers (e.g. late stage hepatocellular carcinoma), intended for treatment are provided, and include cancers that exhibit overexpression of Fzd2, and/or Wnt5a.

Abstract: Methods and compositions for digital profiling of nucleic acid sequences present in a sample are provided. 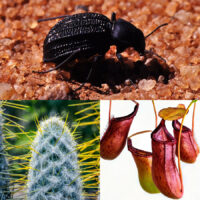