Abstract: The present disclosure relates to nanostructures assembled from nucleic acid consisting of a single strand of DNA rationally-designed to self-assemble into a hairpin loop, helical domains, and locking domains.

Abstract: A self-healing, scratch resistant slippery surface that is manufactured by wicking a chemically-inert, high-density liquid coating over a roughened solid surface featuring micro and nanoscale topographies is described. Such a slippery surface shows anti-wetting properties, as well as exhibits significant reduction of adhesion of a broad range of biological materials, including particles in suspension or solution. Specifically, the slippery surfaces can be applied to medical devices and equipment to effectively repel biological materials such as blood, and prevent, reduce, or delay coagulation and surface-mediated clot formation. Moreover, the slippery surfaces can be used to prevent fouling by microorganisms such as bacteria.

Abstract: The invention provides for systems, methods, and compositions for altering expression of target gene sequences and related gene products. Provided are structural information on the Cas protein of the CRISPR-Cas system, use of this information in generating modified components of the CRISPR complex, vectors and vector systems which encode one or more components or modified components of a CRISPR complex, as well as methods for the design and use of such vectors and components. Also provided are methods of directing CRISPR complex formation in eukaryotic cells and methods for utilizing the CRISPR-Cas system. In particular the present invention comprehends optimized functional CRISPR-Cas enzyme systems.

Methods for selecting microbes from a diverse genetically modified library to detect and optimize the production of metabolites
U.S. Patent 10,550,384 (February 4, 2020)

Abstract: Methods, compositions, kits and systems for detecting and/or capturing a target entity in a sample are disclosed. In particular, the methods, compositions and kits described herein can be used for pretreatment of target-binding agents with a blocking agent to reduce non-target binding in a complex matrix (e.g., blood). Methods and compositions for detecting and/or capturing a microbe in a test sample, including bodily fluids such as blood and tissues of a subject, food, water, and environmental surfaces are also disclosed.

Abstract: The present invention contains a printing apparatus and a method, e.g., for ejecting inks (i.e., pure liquids, mixtures, colloids, etc.) for a very broad range of physical properties (such as viscosity). Acoustic forces 3a may be generated by an emitter 1 and a reflector 2 to detach droplets 10 from a nozzle 6. The ink may be advanced through the nozzle 6 by a standard back pressure system 5. A reflectorless chamber 7 may enhance acoustic forces 8a and the droplets 10 may be ejected at a bottom 9 of said chamber 7, so that droplets 10 may be deposited on any substrate 11.

Abstract: The present invention provides halichondrin analogs, such as compounds of Formula (I). The compounds may bind to microtubule sites, thereby inhibiting microtubule dynamics. Also provided are methods of synthesis, pharmaceutical compositions, kits, methods of treatment, and uses that involve the compounds for treatment of a proliferative disease (e.g., cancer). Compounds of the present invention are particularly useful for the treatment of metastatic breast cancer, non-small cell lung cancer, prostate cancer, and sarcoma. The included methods of synthesis are useful for the preparation of compounds of Formula (I)-(III) along with naturally occurring halicondrins (e.g., halichondrin B & C, norhalichondrin A, B, & C, and homohalichondrin A, B, & C). Also included are methods for interconverting between the halichondrins, norhalichondrins, and homohalichondrins and their unnatural epimers at the C38 ketal stereocenter through the use of an acid-mediated equilibration.

Abstract: Disclosed herein are non-myeloablative antibody-toxin conjugates and compositions that target cell surface markers, such as the CD34, CD45 or CD117 receptors, and related methods of their use to effectively conditioning a subject's tissues (e.g., bone marrow tissue) prior to engraftment or transplant. The compositions and methods disclosed herein may be used to condition a subject's tissues in advance of, for example, hematopoietic stem cell transplant and advantageously such compositions and methods do not cause the toxicities that are commonly associated with traditional conditioning methods.

Abstract: Various aspects of the present invention relate to the control and manipulation of fluidic species, for example, in microfluidic systems. In one set of embodiments, droplets may be sorted using surface acoustic waves. The droplets may contain cells or other species. In some cases, the surface acoustic waves may be created using a surface acoustic wave generator such as an interdigitated transducer, and/or a material such as a piezoelectric substrate. The piezoelectric substrate may be isolated from the microfluidic substrate except at or proximate the location where the droplets are sorted, e.g., into first or second microfluidic channels. At such locations, the microfluidic substrate may be coupled to the piezoelectric substrate (or other material) by one or more coupling regions. In some cases, relatively high sorting rates may be achieved, e.g., at rates of at least about 1,000 Hz, at least about 10,000 Hz, or at least about 100,000 Hz, and in some embodiments, with high cell viability after sorting.

Abstract: A method of introducing a nucleic acid sequence into a cell is provided where the cell has impaired or inhibited or disrupted DnaG primase activity or impaired or inhibited or disrupted DnaB helicase activity, or larger or increased gaps or distance between Okazaki fragments or lowered or reduced frequency of Okazaki fragment initiation, or the cell has increased single stranded DNA (ssDNA) on the lagging strand of the replication fork including transforming the cell through recombination with a nucleic acid oligomer. 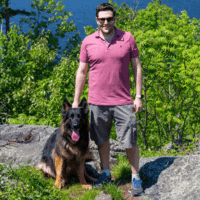