Harvard’s Wyss Institute launches Root Robotics, an educational startup to get anyone coding

New company will commercialize Root, an interactive robot that introduces coding to children and provides a path for continuous engagement to career-based coding languages 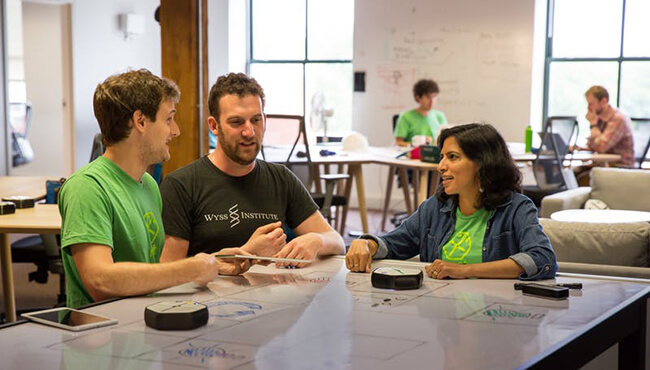 August 8, 2017 - The Wyss Institute for Biologically Inspired Engineering at Harvard University today announced that its educational robot, Root, will be commercialized by a newly formed startup, Root Robotics, Inc. The independent company aims to transform the way coding abilities are developed in children from an early age and then progress through all age groups. The announcement follows a worldwide licensing agreement between Harvard’s Office of Technology Development (OTD) and the startup for the use of the Wyss Institute’s code-teaching robot and its accompanying programming environment.

Although computing is among the fastest growing disciplines in the STEM fields, coding education is significantly lagging behind industry demand. “All parents are being faced with a simple question: how will my kids learn coding,” said Zivthan Dubrovsky, co-founder and Chief Executive Officer of Root Robotics, and former Engineering Staff Lead at the Wyss Institute, who helped develop the technology. “Schools are struggling to figure out how to fit coding into their curriculum. As a father of three daughters, I struggled with this question as well. We created Root to help parents like me teach their children coding in a fun and engaging way.”

The foundation for Root was laid by Wyss Institute Core Faculty member Radhika Nagpal, who is a Co-Lead of the Wyss’ Bioinspired Robotics Platform and also the Fred Kavli Professor of Computer Science at the Harvard John A. Paulson School of Engineering and Applied Sciences (SEAS). Nagpal and her team developed magnetic climbing robots, and in 2011 engineered a proof-of-concept that could climb a classroom whiteboard. While at the Wyss Institute, Nagpal and Dubrovsky recognized the potential of the technology as a learning platform and, through extensive engineering efforts and trials with children in schools within surrounding communities, helped prepare Root and its interface to solve the real pain points of coding education.

Root can be programmed and remotely operated from an iPad to drive on vertical surfaces, draw, erase, play music, and sense its surroundings. Root’s interface is designed to pique the interest of students at all levels by starting with an intuitive graphical interface and progressing with steps that keep them motivated through to the introduction of programming in languages like Python, JavaScript, and Swift. “Root really allows children to find their own trajectory in coding, by enhancing their natural interests and allowing them to go at their own pace. This makes for a very personal experience, which can be used with little kids or even in undergrad classrooms like mine,” said Nagpal, who is a co-founder of Root Robotics and a scientific advisor to the company.

“Root’s programming environment needed to be approachable for any first-time-coder, no matter the age or background,” said Raphael Cherney, former Electromechanical Staff Engineer at the Wyss Institute and now co-founder and Chief Technical Officer of Root Robotics. “Developing Root’s interface was as challenging as developing the robot itself.” Led by coding interface expert Julián da Silva Gillig, Research Associate at the Wyss Institute, the Wyss team developed a multi-level framework in which beginner programming activities start in a graphical, blocks-based environment, then smoothly transition into intermediate graphical and text hybrid interfaces, and ultimately advance to professionally-used text-based languages. This unique interface allows children to easily learn the basics and stay engaged with the Root system as their skills improve.

Root Robotics is on a mission to make coding accessible for learners of any age with robots, apps, and curricula that would allow people to instantly set up, create, and share interactive coding lessons. While at the Wyss Institute, the team piloted prototypes of Root with children and educators in homes and classroom settings, and successfully refined and expanded its code-teaching capabilities, resulting in a powerful system that fully integrated Root and its programming interface with educational needs, ease of access and different levels of proficiency.

“Given the glee we have seen on the children’s faces who have worked with Root in our testing, we are excited to see it begin the next chapter as its own startup, so that it can positively impact the next generation,” said Wyss Institute Founding Director Donald Ingber, M.D., Ph.D., who also is the Judah Folkman Professor of Vascular Biology at Harvard Medical School and the Vascular Biology Program at Boston Children’s Hospital, as well as Professor of Bioengineering at SEAS. 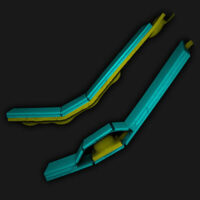