Oct. 22, 2015 - Advances in genome editing could put the use of pig organs in human transplantation back on the map, according to researchers at Harvard Medical School who believe they have quashed the concern that the animals' endogenous retroviruses could present a serious safety threat. The group, led by prominent geneticist George Church, developed a CRISPR-based approach for eliminating the pathogenic factors from the pig cells used in transplants and has co-founded eGenesis Inc. to commercialize the technology.

While xenotransplantation was all the rage in the late 1990s and produced a spate of newcos, fears that pig endogenous retroviruses (PERVs) would be transmitted to humans caused most companies and researchers to exit the field.

"There was a great hype, but it died down when people recognized the risk of transmission," said Joachim Denner, a head of laboratory at the Robert Koch Institute. "This was just at the time that we realized HIV was the result of transmission of a retrovirus from chimps to humans, and we were afraid."

Church, who is a professor of genetics at Harvard Medical School, told BioCentury although there are various safety concerns surrounding pig transplantation, including immunogenicity, the risk associated with the viruses "was the show-stopper for companies involved in this field back then."

Read the entire article in BioCentury 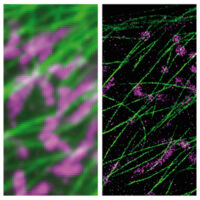