Abstract: Described herein are methods of inhibiting mitosis, treating cancer and/or treating immune disorders through the use of agents that inhibit FAT10 and/or the FAT10 pathway.

Abstract: In recognition of the need to develop novel therapeutic agents, the present invention provides novel histone deacetylase inhibitors. These compounds include an ester bond making them sensitive to deactivation by esterases. Therefore, these compounds are particularly useful in the treatment of skin disorders. When the compounds reaches the bloodstream, an esterase or an enzyme with esterase activity cleaves the compound into biologically inactive fragments or fragments with greatly reduced activity Ideally these degradation products exhibit a short serum and/or systemic half-life and are eliminated rapidly. These compounds and pharmaceutical compositions thereof are particularly useful in treating cutaneous T-cell lymphoma, neurofibromatosis, psoriasis, hair loss, skin pigmentation, and dermatitis, for example. The present invention also provides methods for preparing compounds of the invention and intermediates thereto.

Abstract: The present invention demonstrates that bisphosphonates have an intrinsic adjuvant activity and directly stimulate B cell antibody secretion. Accordingly, the present invention provides vaccines comprising a bisphosphonate, methods for stimulating an immune response, enhancing the immunogenicicty of an immunogen, and methods of treating an infection, an autoimmune disease, an allergy, and/or a cancer using the same.

Abstract: Disclosed herein are methods for generating SC-β cells, and isolated populations of SC-β cells for use in various applications, such as cell therapy. 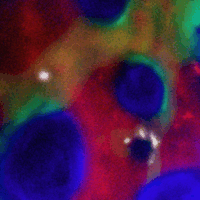