Abstract: RNA guided Cas9 gene drives and method for their use are disclosed.

Abstract: The invention provides in situ nucleic acid sequencing to be conducted in biological specimens that have been physically expanded. The invention leverages the techniques for expansion microscopy (ExM) to provide new methods for in situ sequencing of nucleic acids in a process referred to herein as "expansion sequencing" (ExSEQ).

Abstract: The present invention provides for engineered molecular opsonins that may be used to bind biological pathogens or identify subclasses or specific pathogen species for use in devices and systems for treatment and diagnosis of patients with infectious diseases, blood-borne infections or sepsis. An aspect of the invention provides for mannose-binding lectin (MBL), which is an abundant natural serum protein that is part of the innate immune system. The ability of this protein lectin to bind to surface molecules on virtually all classes of biopathogens (viruses, bacteria, fungi, protozoans) make engineered forms of MBL extremely useful in diagnosing and treating infectious diseases and sepsis.

Abstract: Aspects of the disclosure provide fusion proteins that bind cells expressing one or more target molecules including, for example, one or more cell surface multisubunit signaling receptors (e.g., EGFRvIII-expressing cells that also express interferon receptors) and that induce anti-proliferative effects, and related compositions and methods for the treatment of cancer.

Abstract: In one aspect a method of fabricating an n-doped strained germanium (Ge) film is disclosed, which includes depositing a strained Ge film on an underlying substrate, implanting at least one electron-donating dopant in the Ge film, and exposing the implanted Ge film to one or more laser pulses having a pulsewidth in a range of about 1 ns to about 100 ms so as to generate a substantially crystalline strained Ge film. In some embodiments, the pulses can cause melting followed by substantial recrystallization of at least a portion of the implanted Ge film. In some embodiments, the resultant Ge film can have a thickness in a range of about 10 nm to about 1 microns.

Abstract: A system and method for performing vector magnetometry are described. A method can include illuminating diamond with a modulated optical signal and a modulated microwave (MW) signal. A first, bias magnetic field is also applied to the diamond. Light emitted from the diamond in response to the optical signal, the MW signal, and the first magnetic field is detected via a single detector at a fixed position relative to the diamond. A modulation of the detected light encodes information corresponding to a plurality of nitrogen vacancy (NV) axes of the diamond. 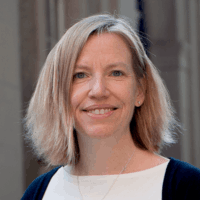