Abstract: Various aspects of the present invention relate to the control and manipulation of fluidic species, for example, in microfluidic systems. In one set of embodiments, droplets may be sorted using surface acoustic waves. The droplets may contain cells or other species. In some cases, the surface acoustic waves may be created using a surface acoustic wave generator such as an interdigitated transducer, and/or a material such as a piezoelectric substrate. The piezoelectric substrate may be isolated from the microfluidic substrate except at or proximate the location where the droplets are sorted, e.g., into first or second microfluidic channels. At such locations, the microfluidic substrate may be coupled to the piezoelectric substrate (or other material) by one or more coupling regions. In some cases, relatively high sorting rates may be achieved, e.g., at rates of at least about 1,000 Hz, at least about 10,000 Hz, or at least about 100,000 Hz, and in some embodiments, with high cell viability after sorting.

Abstract: A method for performing sub-nanometer three-dimensional magnetic resonance imaging of a sample under ambient conditions using a diamond having at least one shallowly planted nitrogen-vacancy (NV) center. A driving radio-frequency (RF) signal and a microwave signal are applied to provide independent control of the NV spin and the target dark spins. A magnetic-field gradient is applied to the sample with a scanning magnetic tip to provide a narrow spatial volume in which the target dark electronic spins are on resonance with the driving RF field. The sample is controllably scanned by moving the magnetic tip to systematically bring non-resonant target dark spins into resonance with RF signal. The dark spins are measured and mapped by detecting magnetic resonance of said nitrogen-vacancy center at each of said different magnetic tip positions. The dark-spin point-spread-function for imaging the dark spins is directly measured by the NV center.

Abstract: We described a novel system of targeted cell therapy with a protein toxin, such as anthrax toxin, that has been modified to re-direct it to a desired cell target instead of its natural cell target. The system can be used for, e.g., targeted killing of undesired cells in a population of cells, such as cancer or overly active immune system cells.

Abstract: The invention provides cryogels whose porosity, pore size, pore connectivity, swelling agent concentration, and/or specific volume undergoes a change from a first value to a second value in response to an electrical stimulus. The cryogels have interconnected macropores which greatly enhance their ability to rapidly undergo volumetric collapse when subjected to moderate electric fields. The cryogels of the invention can be easily integrated into arrays capable of rapid configurational and chromatic optical modulations, and when loaded with drugs, are able to coordinate the delivery profile of multiple drugs. The cryogel can be prepared by polymerizing an aqueous solution of charged monomers and cross-linker monomers at a temperature below the freezing temperature of the solvent.

Abstract: The present invention generally relates to sub-diffraction limit image resolution and other imaging techniques, including imaging in three dimensions. In one aspect, the invention is directed to determining and/or imaging light from two or more entities separated by a distance less than the diffraction limit of the incident light. For example, the entities may be separated by a distance of less than about 1000 nm, or less than about 300 nm for visible light. In some cases, the position of the entities can be determined in all three spatial dimensions (i.e., in the x, y, and z directions), and in certain cases, the positions in all three dimensions can be determined to an accuracy of less than about 1000 nm. In one set of embodiments, the entities may be selectively activatable, i.e., one entity can be activated to produce light, without activating other entities. A first entity may be activated and determined (e.g., by determining light emitted by the entity), then a second entity may be activated and determined. The emitted light may be used to determine the x and y positions of the first and second entities, for example, by determining the positions of the images of these entities, and in some cases, with sub-diffraction limit resolution. In some cases, the z positions may be determined using one of a variety of techniques that uses intensity information or focal information (e.g., a lack of focus) to determine the z position. Non-limiting examples of such techniques include astigmatism imaging, off-focus imaging, or multi-focal-plane imaging. Other aspects of the invention relate to systems for sub-diffraction limit image resolution, computer programs and techniques for sub-diffraction limit image resolution, methods for promoting sub-diffraction limit image resolution, and the like.

Abstract: The present invention relates to analogs of cortistatin A, J, K, and L, having the general formula:

Abstract: A multi-phase system includes a phase-separated solution comprising at least two phases, each phase having a phase component selected from the group consisting of a polymer, a surfactant and combinations thereof, wherein at least one phase comprises a polymer, wherein the phases, taken together, represent a density gradient. Novel two-phase, three-phase, four-phase, five-phase, or six-phase systems are disclosed. Using the disclosed multi-phase polymer systems, particles, or other analyte of interest can be separated based on their different densities or affinities.

Sticky when wet: A strong adhesive for wound healing 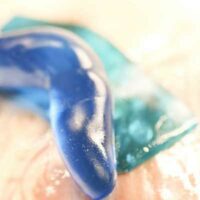