Jennifer A. Lewis, Kimberly A. Homan, David B. Kolesky, Ryan L. Truby, and Mark A. Skylar-Scott

Abstract: A 3D printed tubular construct, such as a nephron, with or without embedded vasculature as well as methods of printing tubular tissue constructs are described.

Abstract: Some aspects of this disclosure provide compositions, methods, systems, and kits for controlling the activity of RNA-programmable endonucleases, such as Cas9, or for controlling the activity of proteins comprising a Cas9 variant fused to a functional effector domain, such as a nuclease, nickase, recombinase, deaminase, transcriptional activator, transcriptional repressor, or epigenetic modifying domain. For example, the inventive proteins provided comprise a ligand-dependent intein, the presence of which inhibits one or more activities of the protein (e.g., gRNA binding, enzymatic activity, target DNA binding). The binding of a ligand to the intein results in self-excision of the intein, restoring the activity of the protein.

Abstract: The invention describes a method for the identification of compounds which bind to a target component of a biochemical system or modulate the activity of the target, comprising the steps of: a) compartmentalising the compounds into microcapsules together with the target, such that only a subset of the repertoire is represented in multiple copies in any one microcapsule; and b) identifying the compound which binds to or modulates the activity of the target; wherein at least one step is performed under microfluidic control. The invention enables the screening of large repertoires of molecules which can serve as leads for drug development.

Abstract: The invention provides for delivery, engineering and optimization of systems, methods, and compositions for manipulation of sequences and/or activities of target sequences. Provided are vectors and vector systems, some of which encode one or more components of a CRISPR complex, as well as methods for the design and use of such vectors. Also provided are methods of directing CRISPR complex formation in prokaryotic and eukaryotic cells to ensure enhanced specificity for target recognition and avoidance of toxicity.

Abstract: A method of and system for detecting a gas or vapor includes providing a sensor comprising an electrode pair in electrical contact with a layer of porous material, the porous material layer having water adsorbed on its surface; contacting the sensor with a gas or vapor sample to be analysed; applying a voltage across the electrode pair of the sensor; and measuring a response, the response correlating to the presence of a target gas or vapor.

Abstract: A method for quantum metrology using stable non-equilibrium states of quantum matter, such as many-body quantum spin systems, is disclosed. The approach can utilize quantum correlations in such many-body quantum spin systems stabilized by strong interactions and periodic driving for reduction of noise. As an example, an exemplary protocol to perform Floquet enhanced measurements of an oscillating magnetic field in Ising-interacting spin systems is provided. These approaches allow for circumvention of the interaction-induced decoherence associated with high density spin ensembles and is robust to the presence of noise and imperfections. The protocol is applicable to nanoscale magnetic sensing and other precision measurements.

Abstract: The disclosure provides methods, compositions, and kits for enhanced detection of microbes in samples and monitoring of antimicrobial activity in a subject.

Abstract: Described herein are peptide analogs of glucagon-like peptide 1 (GLP-1) that retain agonist activity, but are more resistant to proteolytic degradation than native GLP-1. In the analogs, at least one .alpha.-amino acid found in the native GLP-1 is replaced with a .beta.-amino acid residue, which may or may not be cyclically constrained. Pharmaceutical compositions containing the analogs are described, as are methods to treat diabetes, and methods to make proteolytically resistant GLP-1 analogs.

Abstract: The present invention provides high throughput assays for identifying compounds that modulate a contractile function, as well as devices suitable for use in these assays.

A versatile vessel for next-gen therapeutics 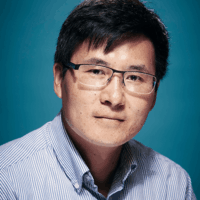