Douglas A. Melton and Qiao Zhou

Abstract: Provided herein are stabilized α-CT polypeptides comprising an alpha-helical segment, and wherein the polypeptide is of Formula (I-1) or Formula (I-2):

Daniel Branton and Jene A. Golovchenko

Abstract: The present disclosure describes a strategy to create self-healing, slippery liquid-infused porous surfaces. Roughened (e.g., porous) surfaces can be utilized to lock in place a lubricating fluid, referred to herein as Liquid B to repel a wide range of materials, referred to herein as Object A (Solid A or Liquid A). Slippery liquid-infused porous surfaces outperforms other conventional surfaces in its capability to repel various simple and complex liquids (water, hydrocarbons, crude oil and blood), maintain low-contact-angle hysteresis (<2.5°), quickly restore liquid-repellency after physical damage (within 0.1-1 s), resist ice, microorganisms and insects adhesion, and function at high pressures (up to at least 690 atm). Some exemplary application where slippery liquid-infused porous surfaces will be useful include energy-efficient fluid handling and transportation, optical sensing, medicine, and as self-cleaning, and anti-fouling materials operating in extreme environments. 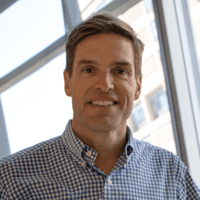