Delivery and use of the CRISPR-Cas systems, vectors and compositions for hepatic targeting and therapy
U.S. Patent 10,577,630 (March 3, 2020)

Abstract: The invention provides for delivery, engineering and optimization of systems, methods, and compositions for manipulation of sequences and/or activities of target sequences. Provided are delivery systems and tissues or organ which are targeted as sites for delivery. Also provided are vectors and vector systems some of which encode one or more components of a CRISPR complex, as well as methods for the design and use of such vectors. Also provided are methods of directing CRISPR complex formation in eukaryotic cells to ensure enhanced specificity for target recognition and avoidance of toxicity and to edit or modify a target site in a genomic locus of interest to alter or improve the status of a disease or a condition.

Abstract: Methods and compositions for digital profiling of nucleic acid sequences present in a sample are provided.

Abstract: An insertable light-dispensing catheter device, comprising a shaft including a proximal and distal end, a light guide extending through the shaft, and a mirror displaceably extendable from the catheter into a position where the mirror receives and reflects light emitted from the light guide. The mirror can be in the form of a coating on an inflatable balloon; and the balloon, when inflated, can press a patch against a defect (e.g., a ventricular septical defect), while the light cures an adhesive that binds the patch to the structure with the defect, thereby remedying the defect.

Abstract: A rapid, scalable methodology for graphene dispersion and concentration with a polymer-organic solvent medium, as can be utilized without centrifugation, to enhance graphene concentration.

Abstract: A foam ink composition for printing porous structures comprises stabilizing particles and gas bubbles dispersed in a solvent. The stabilizing particles comprise a predetermined interfacial energy so as to exhibit a contact angle with the solvent of from about 15° to about 90°. At least a portion of the stabilizing particles are positioned at interfacial regions between the solvent and the gas bubbles, thereby stabilizing the gas bubbles in the foam ink composition. A 3D printed hierarchical porous structure comprises one or more continuous filaments arranged in a predetermined pattern on a substrate, the one or more continuous filaments comprising a sintered material and including a porosity of at least about 40 vol. %.

Abstract: Systems and methods for fixing carbon using bacteria are described. In one embodiment, a system includes a reactor chamber with a solution contained therein. The solution may include hydrogen (H2), carbon dioxide (CO2), bioavailable nitrogen, and a chemolithoautotrophic bacteria. The system may also include a pair of electrodes that split water contained within the solution to form the hydrogen. Additionally, the system may be operated so that a concentration of the bioavailable nitrogen in the solution is below a threshold nitrogen concentration to cause the chemolithoautotrophic bacteria to produce a product.

Abstract: The invention provides, inter alia, fatty acyl hydroxy fatty acid (FAHFA; a novel class of estolide-related molecules) and diagnostic and treatment methods for a variety of disorders--including diabetes-related disorders, Metabolic Syndrome, polycystic ovarian syndrome, cancer, and inflammatory disorders--using them; as well as methods of screening for additional compounds that are useful in treating these disorders and/or that modulate FAHFA levels, FAHFA-mediated signaling, and FAHFA-mediated biological effects. 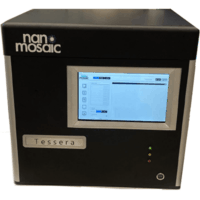